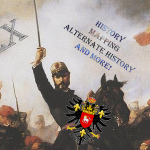 PoD: Dauphin Philip, pretender to the Spanish throne falls off his horse in late 1711, being wounded in the leg and dying a couple of weeks after.

Philip's death results in a inmediate shock in the Spanish War of Succession, slightly demoralising the bourbon army, but the tide of the war in Spain was already deeply in the bourbon camp. His brother Charles, the Duke of Berry, takes the Spanish throne as Charles III. He continues the former politics of his brother, insisting on a centralist Spain and to finally defeat the Catalans who are still holding in Barcelona.

On February 18th 1712, Louis, the grandson of Louis XIV of France and heir to the French throne dies of measles. The war of the Spanish Succession ends more or less in the same date, with the Treaty of Utrecht signed in 1713 and the last Habsburg supporters are defeated in 1714 with the fall of Barcelona.

However, with Charles in Spain, the hunting accident that killed him in early 1814 never happens. There is not much change until September 1st 1715, when Louis XIV of France. The heir to the throne was Charles III of Spain, but Louis decided that the Dauphin Louis (Louis XV in OTL) was to be king, but he was only five by the time. Charles decided to take care of the regency personally, thus effectively uniting Spain and France under a single king. Austria (and the HRE) and Britain began gathering forces for a rematch of the War of the Spanish Succession since a personal union of France and Spain would topple the balance of power in Europe.

By 1719 there was no sign that Charles would back down, and Austria, the Dutch Republic, and Great Britain formed the Triple Alliance. War was declared in November, in which Spanish forces succesfully conquered Sardinia and invaded Sicily, forcing Savoy into the fight. Austria was fighting a war against the Turks and now faced a full fight against France and Spain. French forces under the Duke of Orléans rushed into Flanders and captured Liege and Antwerp before a German army led by the Count of Mercy, which was routed in the Battle of Diest. The Dutch Republic surrendered in February, and by late March French forces had taken Turin and the Spanish had landed in Calabria and were marching unopposed through Naples.

Austria decided to sign an almost white peace, in which they had to cede back Sicily and Sardinia to Spain, but they kept Naples. The war with Britain continued as a futile effort by both sides to score a decisive naval victory, event which never happened and peace was set by the Treaty of Antwerp on July 17th 1720. However, the peace also stated that Charles had to renounce to the regency, and thus, not wanting another regency, Louis XV was declared king of France with only 5 years, even though Charles would still control him until his own death, which happened in 1734.

Charles attempted to get a heir after his first son died with barely a year, and finally they had another son in 1721, which would become Philip V of Spain (not to confuse with the OTL one).