While Foreign policy and the economy were important issues during the campaign, the main theme of the race was how government, and ultimately the country must change, particularly in response to NeoConGate. Edwards championed for a more open and responsible government, focusing on how well he handled the investigation. Senator Dean received very little attention, and was widely considered a throw away candidate.

Following the September 11th terrorist attacks and President Edwards quick and decisive response against al-Qaeda, the American public had a very favorable outlook on the President. By 2003 the President was still hold an approval rating as high as 83%, and was being called by many the Roosevelt of our time for the way he rallied the nation behind a single cause as a non-partisan voice. With this wave of support (much like Bush in OTL) Edwards was able to get almost any piece of legislation he supported passed, and anything he opposed killed. It was this nationalistic fervor that let Edwards pass the Universal Health care act as a single payer system and the 200 increase on US CAFE standards with a Republican controlled Congress, with minimal opposition or amendments; this fervor of support is also what blinded Edwards to the actions of his own cabinet, and while he never truly exploited the American people's patriotism for his own benefit, the think tank known as the Project for the New American Century, which included key members of the President's Cabinet, planned to use the President's popularity to push their own agenda. This proved increasingly difficult as the President always vetoed any legislation that was in conflict with the Constitution, or his own strict principles. It is believed that these two factors, a wave of support for the administration by the American people, and a stubbornly independent President who would never authorize military intervention or compromise his own principles to add power to the Executive branch, that ultimately drove CIA director Cheney, NSA director Richard Pearl, and DHS Secretary Donald Rumsfeld to craft what would soon be known as the Neo-Conservative Conspiracy.

The opportunity the Project for the American Century needed to spark an policy of preemption under an Edwards administration came in the form of intelligence captured from Syrian weapons suppliers to the Taliban, that pointed towards the possible creation of WMDs by Iraq under Saddam Hussein. Under the direction of CIA Director Cheney, instructed DHS Secretary Rumsfeld to contact Vice President McCain with this information, and inform him that the intelligence agencies believe that if the information is true that a full scale invasion of Iraq would be necessary to protect American interests. McCain was said to be somewhat skeptical at the time of such a drastic measure, but after the confirmation of the presence of VX gas during the Kurdish Genocide, the Vice President began to warm to PNACs leaders. McCain defected from the President when Edwards sought UN intervention, and not a direct US invasion. The two were reported by White House staff to be constantly fighting over an invasion, and Edwards always fell back on how there was no evidence of a direct threat to the United States. McCain reportedly took this to CIA director Cheney, as confirmed in the Columbia Trials, and asked the director to, "give us a reason." What followed upon this discovery was the firing of the Vice President and the investigation known as NeoConGate.

The President left the hearings after giving a passionate speech on government integrity and civil liberties with a roar of approval from the American public. His public approval ratings dropped only a few points to 74%, while the conservative wing of Washington quickly lost almost all of their support. Demonized in the press for how only one Democratic Senator, Joe Lieberman, was involved with the scandal, the Republican party quickly sought to make a martyr out of John McCain, and win back the support of the American people. President Edwards, vindicated by the scandal, and bent on creating a "new liberal philosophy for America," prepared for what he once called, "the greatest battle of my life." 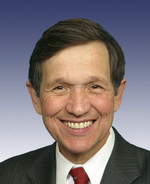 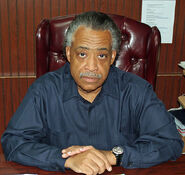 Following NeoConGate the Democratic Party held a decisive Majority in both houses of Congress, but Party leaders already knew it was going to be yet another election of marginalization. Having already lost popular California Congresswoman Nancy Pelosi to the Independent Movement, only the most left wing thinkers and "Clinton Democrats" were left. In every state of the Democratic Party primaries, the DNC reported recorded low turnout for their party. By January, most of the democrats had rallied around either North Carolina Senator John Edwards or Massachusetts Senator John Kerry. By Super Tuesday, Senator Kerry was leading by ten delegates, and Senator Edwards was trying to convince the super-delegates to rally around his candidacy. By April, following the Potomac Primaries, Senator Edwards had conceded and joined Senator Kerry on the ticket as VP. The strategy for the Democrats was never to win the election, President Edwards was riding high on a wave of support for standing up for his principles in NeoConGate, creating a new moderate liberal majority, and the Democrats were seen as elitist and detached from the lives of regular people. Instead the DNC crafted a strategy to split the vote, and get McCain in power, knowing that they had a better chance of winning back the White House in four years with a Republican in office. That plan quickly dissolved when President Edwards announced that he would be nominating Democrat, and then Secretary of Defense, Wesley Clark to be his Vice President. What support the Democrats had quickly evaporated to only the most staunchly left wing states in New England. 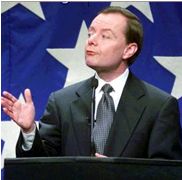 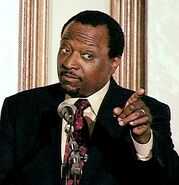 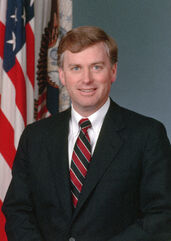 The Republican Party primaries began on July 4th, 2003, one month after the start of NeoConGate. With the party being dismantled from every angle, whether it be though removal from office in the Columbia Trials or party desertion to the fledgling Libertarians or Independents; very few Republican candidates wished to seek the office of President in a political crisis on the scale of NeoConGate. Those conservatives who were willing to run, were either those that were not officially part of NeoConGate, or those that were and still claimed that they were in the right. Most of the candidates that elected to run were those left over from 2000, with the addition of Florida governor JEB Bush.

With the scandal surrounding NeoConGate growing ever larger, by Super Tuesday, all but three of the Republican candidates had dropped out of the race, former Vice President McCain, Governor Bush, and Former Secretary of Labor Elizabeth Dole. By the end of the Super Tuesday primaries McCain was leading by 112 delegates and had won major states such as California, his home state of Arizona, Virginia and Ohio. Governor Bush had one his home state of Florida and his brother George's home state of Texas. Mrs. Dole had won Indiana and Iowa. The Republicans were divided in a choice of nominating McCain in the hopes of picking up votes from those that would have supported his decision, Governor Bush to take a more moderate approach, or Mrs. Dole to take the Christian Right. The GOP ultimately nominated former Vice President McCain in the hopes of convincing the country that he was right all along. JEB Bush was nominated as Vice President, while Mrs. Dole began a run for the Senate in North Carolina.

President Charles Malcolm Edwards
Add a photo to this gallery

President Edwards focused his campaign on three themes: national security, presenting himself as a decisive leader who brought the country together and quickly defeated the enemy that was directly responsible for the 9/11 attacks, all the while destroying the Taliban sponsored base of operations in Afghanistan while promoting his success in the creation of a stable Afghan nation; emphasizing how effective his policies have been in raising the quality of life of the average American, while promoting economic growth; and most notably: focusing on his quick and decisive response to NeoConGate, stressing how he took responsibility for what happened and stood by his principles, where he could have buried the truth and denied everything.

Edwards used NeoConGate as a catalyst to create a new liberal majority in America, and using it as a lightning rod to counter any political attack launched by the McCain camp. Edwards came off as a wise leader who staunchly believed that defending American civil liberties was the most important job of the president.

The McCain camp focused on NeoConGate in a different light, claiming that it was just a "Liberal Witch-Hunt against Republicans," and that McCain did what he did because he felt he had to protect the country where Edwards would not. The McCain campaign's most daring claim was that Iraq, and the Middle-East as a whole, would disintegrate into ever greater violence and instability while Edwards was still the President. McCain's running mate, JEB Bush, acted as the delegate of the Christian Right against Edwards. In a rally in Mobile, Alabama; Governor Bush claimed that President Edwards was a far left liberal who would never protect the American family; and then went on to talk about how Edwards's executive order to stop the Military's Don't Ask Don't Tell policy was just another example of Edwards embracing homosexuals over the American Family. Edwards responded with a question, "How is ensuring gays the same rights and freedoms of every other American citizen as outlined by the Constitution a threat to the American family?"

Edwards made his first hit against McCain at the first Presidential debate at Michigan State University on September 21st. McCain continually attacked Edwards as a leader who would not act to protect the country when it needed to be protected, continuing to claim that the Middle-East was destined for chaos under his policies. Edwards, who had never directly attacked McCain out of respect during the campaign on NeoConGate, replied, "Well John, I suppose you would know all about protecting the American people against enemies foreign and domestic, wouldn't you." The attack drew an uproar in the crowd, and McCain demanded an apology. Edwards simply continued his oratory, saying that while McCain wanted to protect the American people from terrorism, he was not willing to protect the American people from the enemies of civil liberties at home. Edwards even went so far to call his former Vice President a coward, saying that his campaign was all about fear, and never about uniting America around a common good. McCain was bursting at the seams by the end of the debate, and his approval ratings dropped by 5 points among likely voters the next day.

The McCain campaign had its greatest loss when what they had warned about was proven completely false. Kurdistan had already held its first open elections in August, showing some holes in McCain's claim that the Middle-East would descend into chaos; but the greatest surprise was the signing of the Central Asian Trade Agreement, forming an overland trade alliance with almost every major power in the Middle-East, with its headquarters centered in Kabul, Afghanistan. The creation of CATB followed immediately with a surrender by the few remaining Taliban fighters, President Edwards declared victory on October 21st, 2004; though he was quick to note that an occupation would continue until at least 2006 to keep the few remaining radicals at bay. Still the damage was done, McCain was forced in the final days of the campaign to defend himself for his failure to properly judge the situation in Afghanistan.

Retrieved from "https://althistory.fandom.com/wiki/2004_US_Presidential_Election_(An_Independent_in_2000)?oldid=1633918"
Community content is available under CC-BY-SA unless otherwise noted.