Alaska is a large, sparsely populated, nation in northwestern North America. It is a member of the Asia-Pacific-America Co-Prosperity Sphere (Aheibeikyōeiken or APACS in English), and is closely allied to Japan.

Alaska was acquired from Russia in 1897. High rates of economic growth, and the accumulation of foreign reserves during the 1890's made this possible.

Development of the new Japanese North American possession focused primarily on the construction of a new naval base adjacent to the capital at Shin-Sendai and redirecting the streams of Japanese migrants already heading to the United States, Canada, Brazil and Peru to jobs and homes in Alaska. Some new settlers found the harsh weather daunting and return home. Yet most persevered.

After the discovery of gold a few years after the purchase, American and Canadian immigrants began coming over the border, creating the present Anglo-Japanese mixture. A large proportion of the population are Caucasian-Asian mix.

During the Great Pacific War, Alaska was the only member-state of the APACS to declare neutrality.

There is currently a movement to promote Alaska to Empire status. 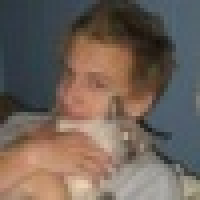