Africa. The world centre for commerce, wealth and defense. The most powerful continent in the world. Power is centred around the gargantuan Kanem Kingdom, the profitable Kongo Republic, the resurgent Axum empire in the east and the powerful Somali Federation. Several smaller republics exist in and around the continent. The nations have changed history worldwide. The first changes in modern history start around zero. However, there was a drastic change before this in the formation of the Sahara Desert not happening and several other deserts in Africa not forming. 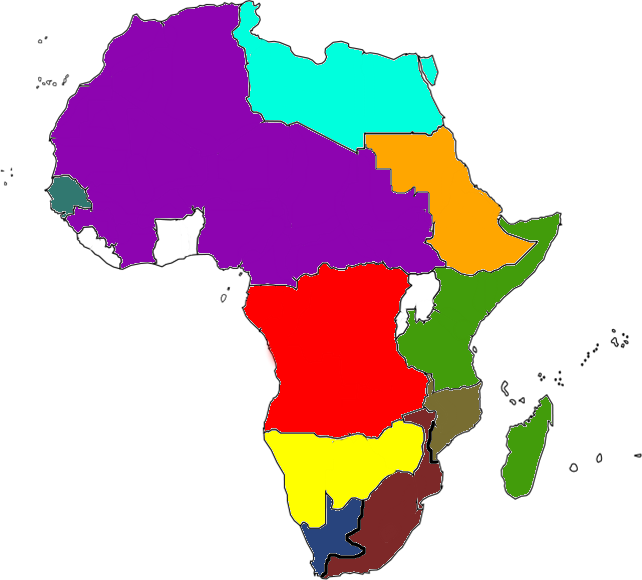 The Kanem Empire is presented here in Purple, the Kongolese Republic is in Red, the Somali Federation in Green, the Axum Empire in Orange, the Tswana United States in Yellow, Libya in Aqua. The countries in white are small republics, and the other nations are foreign colonial possessions given as gifts to the European empires.

Retrieved from "https://althistory.fandom.com/wiki/Alternate_Africa?oldid=1690990"
Community content is available under CC-BY-SA unless otherwise noted.