The 1984 Senatorial election in Austria was the third election in Habsburg Austria. Sixty seats out of one hundred were won by the Austrian Nationalist Party, securing Amadeus Grün to his third term as speaker of the house, and his running mate Erwin Grosskopf from Wien as Vice Speaker of the House.

An unprecedented thirty-one seats were won by the Austrian Progressive Party, led by former Nationalist and war veteran, Deidrich Dopfer, and his running mate Adolf Buchleitner. The two individuals were unable to secure Speaker of the House positions, and would instead serve as two of the twelve seats. 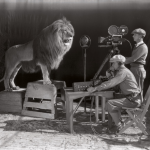