Axis Powers, or Axis Alliance, Axis countries, Axis nations is an alignment of nations who secretly signed the pact of sooner or later destroying the Communist and democratic powers of the world.

The Axis nations are bound by the Pact of Steel which started as an alliance between the Third German Reich and their puppet state of Poland. The pact however quickly expanded to include many of the world's great powers and continues the war against the Communists, socialists and democratic nations in the world.

These are the nations who have similar ideologies of other Axis countries, but are not yet members of Axis Powers. These nations have higher chances of being accepted into the alliance.

These are the candidates who have good relations with ALL Axis members, but are not using same ideologies.

France offers the following post war borders. Scotland goes to Germany either as a puppet or territory, America gets all British Caribbean Islands, France gets the rest of Britain and its own stolen Guyana. Italy will receive British Guyana. 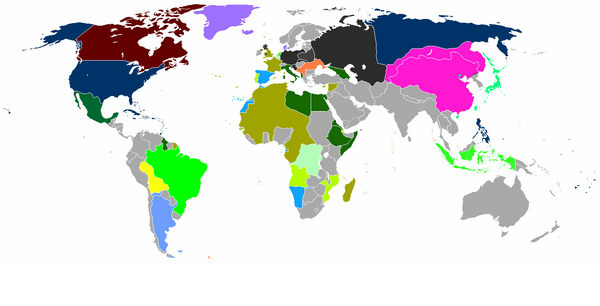 France would like to set a plan for its full expansion and would like to make a map of the world divided among the Axis Powers. France claims Australia, Egypt, South Africa, Angola, and Mozambique as well as some other lands.

United States: Egypt belongs to Italy, but the others are independent I believe, or belong to a non-Axis member. Right now, the US is focusing on the Western Hemisphere (primarly Canada, Mexico, and Panama) but also plans to retake Liberia and turn it into a state. I'm just trying my best to make an empire without upsetting the other powerful nations.

3rd Reich: The Reich plans to invade the Netherlands soon and take the Dutch East Indies, too. The Reich also claims the rest of New Guinea by taking the two Australian held territories on the island. As well as taking over Brunei too. Also, want to take Tanzania back and re-establish the former German colony of German East Afrika. Also, France said they were giving the Reich Alsace and Lorraine in the winter of 1956 if we declared war on Britain which we did. So why hasn't France given the Reich Alsace and Lorraine yet?

France: Sorry, I thought the mapmakers would add those. They are yours again. I claim all of Britain's former Empire that is not Axis territory and that otyher Axis powers are going to take. I also call Tukrey, Saudi Arabia, and the rest of the Arabian Peninsula as well as Iraq, Kuwait and Palestine. I also call the Bosphoros Straits as they are part of Turkey. I respect your claims as well. We should establish a battle/conqest plan. The 3rd Reich's goals first so we can attack Australia form closer bases and attack more easily while Belgiums colonies should go to Germany as well.

The third German Reich: Well you made the last map with all the other territorial changes concerning France so I thought you'd of done that one as well. Also, scale back this expansion a bit would ya? The game's gonna end up like Imperial Europe 2 otherwise... You can claim nations but think of it more of saying dibs rather than an in-game action. Just don't starting wars left, right and centre or else its just gonna get even more ridiculous. 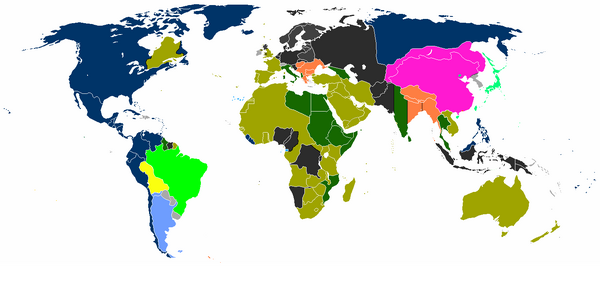 Nationalist Spain is part of Axis. You should also check the other members of Axis as well, since you've kinda went too far with this thingy.

The Reich claimed Tanzania. Look I think dividing the world like this is just a sure fire way to send the game into the ground thanks to over-expansion. Just like every other game that something like this has been done on. This was a good game but the content and game play since the re-start has been a shambles compared to the start of the game. It wouldn't win no more awards now. ~Von

Cyprus is italian as so are most of islands to the east of Somaliland. Italy has no intentions of claiming either India or any other asian country, as it was not part of the Roman Empire. Italy would also like to claim Jerusalem. Also, that part north-east of South-Africa, can also go to France. In exchange, Italy would like France to give Tunisia and eastern Algeria to themselves. Also, all italian possessions in South America can go to Nationalist Spain.

Bolivia is also expanding, so can you make the map in somehwat my favor too please? RandomWriterGuy 05:27, July 1, 2012 (UTC)

Italy states that Bolivia still has to stay in Axis for a few years to prove useful and powerful.

Until Peru is fascist, it cannot join the Axis Powers.