These can be typed straight into the search box.

I have a deal here- It is to have a a UN-run truce in which Japan will evacuate Mexico and give asylum to those who want to stay Japanese, whist those who like being American can stay in Mexico.
Ten Plutons are in ten in two undisclosed place in Africa and the last 12 are in France. France offers an alliance to the new regime in the USSR. France Offers a trade, mutual defence and protectorate deals that are in the 'Federation of United European and Francophone States ‘to the final nations on the list.
The public referendum results (Random.Org results (0-5= No, 6-10= yes).

Plans are set a foot for the creation of a new UN run neutral state in Monte-Negro. It is small, harmless, and of little threat and thus should be protected on a global basis. Albania and Kosovo will some time be opened up to a new player as a neutral, united gray nation after the war is over. The former Yugoslav arctic is annexed to the French Arctic. The small weather station surrendered to the French frigate with out a shot being fired. They are sent home and the region is given to the USSR as a love token. The USSR and Thailand are offered an alliance. France sends 10,000 regular troops to Florida, who begin marching towards Japanese Mexico is getting war weary and will not send more troops to Mexico for a year.

A unified nation called the'Jamhuri ya Afrika ya Ndovu' (Elephantine African Republic) in Africa is proposed by the governments of Kenya, Uganda, Tanzania and Katanga. 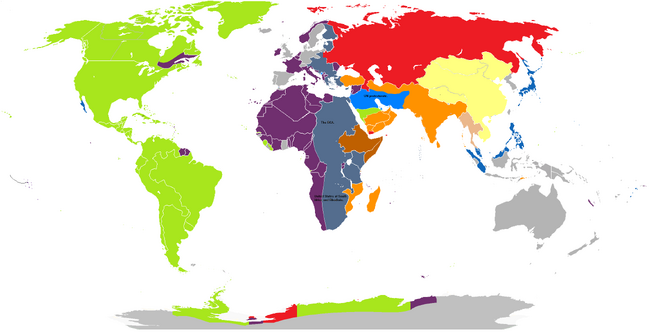 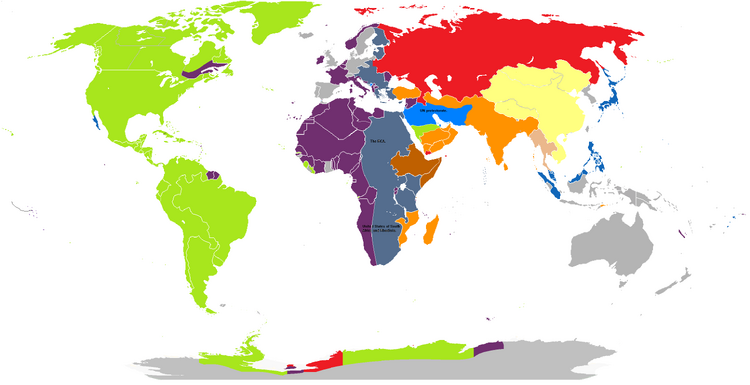 A unified nation called the ‘Jamhuri ya Afrika ya Ndovu' (Elephantine African Republic) in Africa is seriously considered by the ex-presidents of Kenya, Uganda, Tanzania and Katanga.

The UN Middle Eastern mandate is dissolved outside Jordan and Israel. Hindustan gets most, but the URA gets the Qatar peninsula. The French education secretary and his interpreter falls ill with salmonella as they tours Syria

Okay, how come I got a computer virus, whilst I was on this page last time? It took F-Secure 75 minutes to fix the mess. (AKA Billy).

The UN Middle East Mandate's settlement is put up for question after an ATL version of the OTL dictator Saddam Hussein, violently takes over Mesopotamia Province and lays claim to Basra Province and Kuwait Province. {C {C}

The Bahrain Formula One Grand Prix will take place at the newly (and earlier than OTL) built Bahrain International Circuit in Manama. The UN says Israel join Japan, Jordan joins Hindustan and both Kosovo and Monte Negro join the USSR. Tanagers is given by the UN to the USSR. Kenyan nationalists riot in Nairobi.

A Iraqi Ba'ath style coup also occurs in Kuwait, Jordan and Syria. The Emir of Kuwait flees to Qatar and the governments of Jordan and Syria flees to Turkey. Kuwait is merged in to the rebel held part of Iraq. The UN mandate in the Middle East, Kosovo and Monte Negro ends.

Egypt declares independence from Balitka taking large parts of the OTL North Sudan, Baltikan S. W. Libya and northern Chad with them. Baltika occupied Turkey and Greece leave the empire and divide Cyprus on ethnic lines. A bloody Ba'ath coup occurs in Bahrain. central Africa stays Baltics. They go nuts and many people are killed in what appears to be a last stand by the Ba'athists.

Southern Finland Joins Baltika (AKA Billy). China and Hindustan join into the Confederation of Asia. (CoA)

Following the Soviet advance, pro-German riots hit Budapest, Sofia and Voucovar, whilst Pro-Soviet/Russian riots hit Bratislava, Krakow and Belgrade. East Prussia follows Bultika's suit and declares neutrality. They all would like to join the Thailand backed League of Neutrals, like the Swiss and San Marino did in the 1940's. A pro-Hindustan rebellion occurs in Bosnia-Herzegovina, whilst an anti-Russian rebellion occurs in Bulgaria.

Timiș County in Transylvania and Polish Galicia declare their neutrality and wish to join the League of Neutrals. Serbia n rebels indicate their support for the Russians, whilst the remnants of Croatia and most of Hungary rebel on mass and riot in favour of union with Germany. Timişoara sees popular rallies in support of creating a new, independent and neutral state of Timiș County. People from across Timiș County funnel in to Timișoara Orthodox Cathedral to hear the priest call for a new era of international love and peace.82.18.194.46 82.18.194.46 02:12, November 19, 2011 (UTC)02:07, November 19, 2011 (UTC) AKA Billy

As the leaderless Soviet Union becomes a state of temporary confusion the long disputed territories of Ruthenia and Bukovina are attached with consent to o the BMSPG. The mayor of the Romanian town of Gura-Humorului offer to join the BMSPG and the offers is accepted. The BMSPG has fixed its size begins building a defensive cement wall around the country. 86.24.11.245 03:44, November 20, 2011 (UTC)AKA Billy

Mikhail Gorbachev comes to power in the Soviet Union, and begins massive reforms, and of course democratizing the nation. He also asks for a ceasefire and a peace treaty with the USA. Gorbachev also begins to make Russia a more peaceful and friendly nation.

Westpreußen-Marienwerder is hit with pro-Baltika riots in the border city of Marienwerder (Kwidzyn) and then the city wishes to join Baltika. The grey Östpreußen-Prusy Wschodnie is hit by similar riots, there is a army coup and it unilaterally join Baltika. A drought causes famine in Burkina Faso.86.25.53.3 02:35, November 21, 2011 (UTC)

Free Poland collapses in the wake of electoral fraud and most of the rioters want to join the either USSR or USA. A pro-Communist/Soviet coup hits Aden. 04:55, November 24, 2011 (UTC)AKA Billy.

Uganda, Kenya and Tanzania collapse in to tribal warfare. The remnants of Tanzania wish to join Hindustan. An Islamic fundamentalist emirate occurs in central Kenya and the ethically Omoru/Somali part joins Ethiopia. Islamists lead by the OTL Ayatollah Khomeini then take over Iran and also the greater part of southern Iraq. An Islamic emirate is formed in most of Saudi Arabia, with only the American held part of Saudi the coast line being unaffected. The Hezbollah takes over Lebanon. Those Ba’athist Generals stage a coup in Yemen and threatens Russian held Aden.86.29.72.158AKA Billy.

The Islamists take over the rest of Kenya. Ruwanda and Burundi prepare for war with the Islamists. Ruwanda arsks for American help and a formal alliance, whist Burundi asks the same olf the Russia. 82.2.77.221AKA Billy

An earthquake kills 16 and injures 48 in Napoli, Italy. A set server blizzards hit the Great Lakes, Toronto and most of northern Ohio Killing six and causing major disruption for nearly three months. A drought devastates crops southern Pakistan and Eritrea; a famine is imminent in Eritrea. The ATL version of the OTL Arab despot Colonel Moammar Qaddafi takes control of Libya, northern Chad and the desert part of Niger in an army coup.AKA Billy

A earthquake devastates Soviet Armenia, killing 60 and injuring 1200. Yerevan is in ruins! A related quake kills two and injures 16 in Bam, Kurdistan.