Being branch of the Portuguese Royal Family that broke bonds with Portugal in 1821, the members of the royal family belong, either by birth or marriage, to the House of Braganza mainly. Typically, members use the household name as a surname, or in the case of inter-dynastic birth, the name of the two or more houses to which they belong (i.e. Princess Mariana of Miranor-Braganza-Medici; and Prince Heitor o Braganza-Yamato).

Differently from most other royal families, the dynasty is not solely passed by male-line. The monarch inherits the household from his or her parent (or grandparent and so on) who was the preious reigning monarch, king or queen. For example, Queen Helena's children belonged all to the House of Braganza, even if her husband, King Orlando, was Duke of Ilhéus and from House Medici. Their children were, by blood, Braganza-Medici, which showed in their official names, however, regarding dynastic matters, their son, King Raoni, was only a Braganza. Members of the royal family who do not become monarchs, however may change their dynastic position based on marriage, creating cadet branches within the royal family, such as Miranor-Braganza and Braganza-Medici-Castranova.

The Brazilian branch of the House of Braganza was reunited to the Portuguese branch when Prince Fernando, only son of the deposed King Manuel II of Portugal, married Princess Maria Eliza of Braganza (future Queen Eliza Regina). The disputing Miguelist branch, descending from the exiled Prince Miguel of Braganza, brother of King Pedro I, would be extinct in 1982, leaving the Brazilian Braganzas as the only remaining claimants to the Portuguese throne. The monarch of Brazil holds the most legitimate claim to the defunct Portuguese throne.

In the Kingdom of the United Provinces of Brazil, differently from most of the European monarchies, distinguishing who is a member of the Royal Family is rather easy due to legal and formal definitions of who is or not a member.

The Royal Family is divided into Core Family, Outer Family and Extended Family.

The Core Family is always formed by:

Aside from the Monarch and the Consort, as well as the Queen Mother, and the heir-apparent (the Prince of Montemor), the members of the Core Family are all titled Royal Prince/Princess of Brazil.

The official styles to each are His/Her Royal Majesty (HRM) to the monarch and the consort; His/Her Royal Highness (HRH) to the heir apparent and Princes of Brazil; and Her Most Serene Majesty (HMSM) to the Queen Mother.

The official styles to each are His/Her Highness (HH) to the Princes and Princesses of their respective Houses. The rest are called His High Lordship and High Ladyship.

Current members of the Brazilian Royal Family are:

(Bold: Royal-born; Normal: Married to a Royal; Italic: Royal- or Noble-born and married into the Royal Family) 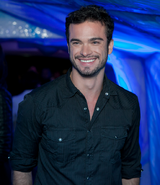 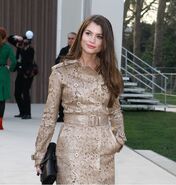 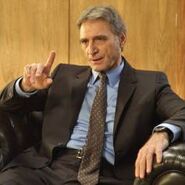 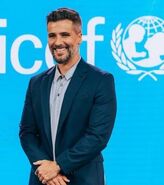