The Cherokee nation is a survivor state based in Eastern Oklahoma, it was founded as a true homeland for the Cherokee people.

During doomsday Oklahoma city was destroyed by two nuclear bombs, smaller nuclear bombs were also dropped most of the major military instillations in the state, completely destroying the any military presence in the state. Within hours of the attacks, much of Oklahoma descended into anarchy, as looting and mass riots broke out across the entire region with local law enforcement unable to properly control the situation. Within the following days it became clear to local politicians, police and the remnants of the government that the United States government could provide no help to contain the local situation.

In the days following the remnant governments soon requested the aid of the Cherokee nation, as they were one of only a few major governments in Oklahoma to survive doomsday. They quickly used their new found authority to organise local police and tribal law enforcement to re-establish order to Tahlequah and the surrounding communities. However due to the extreme scarcity of resources only Cherokee county was under the nation's control by the end of October.

With the threat of the collapse of the nation, Principal Chief Ross Swimmer (the then leader of the Cherokee) established an emergency tribal council to effectively control the nation. Food and water supplies were heavily rationed and many people were sent to work in farms to increase the food supply. Martial law was also quickly established to prevent the nation returning to anarchy.

With the desperate lack of resources available to the nation, the choice was made for Cherokee forces to capture the Tenkiller Ferry lake, as water remained the most scarce resource. By mid 1984 the lake and dam were secured and a constant supply of clean water began to flow through the country, as well as a small electrical supply from the hydroelectric generators. With this agricultural output increased greatly and rationing had begun to be lifted (though many resources such as oil and gas remained tightly controlled).

Through the early years of the nation expansion was extremely slow, most government efforts were directed at increasing agricultural output and dealing with migration from neighbouring countries (most of which Cherokee natives who believed the nation could serve as the new homeland for their people). Despite this the situation in the nation began to stabilise and eventually martial law was revoked in May of 1986, though the emergency council remained in power. Despite this by 1989 resources were common enough to allow for a major expansion to take place, this led to a 500 strong force securing the city of Stilwell and Adair county in 1990.

By this point the nation had begun to stabilize and to reflect this the Emergency council was disbanded in 1990, with a new national constitution written. This was then followed by the first democratic nationwide election of the new nation. The results of this election led to a formation of a democratic party government under Wilma Mankiller. For the years following expansion slowed down, as effects within the state were aimed primarily at improving industry and power generation in an effort to increase self-sufficiency. Despite this it became clear to the government that it would be impossible to become fully self sufficient, this resulted in diplomatic missions to Broken Bow and Antlers in 1993 and Hugo in 1995, the result of these was increased trading and cooperation between the city states.

Diplomatic relations was also established with The NAU in 2000 and the Texan survivor states in the early 2000s raised the question of the Cherokee's national sovereignty, with the idea of unification become a prominent issue within the nation, so much so that the political parties of had based their political campaigns on these issues. As of yet there has been no formal talks of unification with either the NAU or the newly formed Republic of Texas.

Recently the Cherokee nation has reformed many government systems in the county, with the opening of Cherokee National University in Tahlequah on the site of the former Oklahoma state university campus in 2013 and the privatisation of the Hydroelectric plants in 2014.

There is also a growing oil and natural gas extraction industry, which supplies the majority of former Oklahoma's fuel supply. Recently the government has begun to subsidies the industry to increase the nation supply, which is hoped will allow for the nation to expand into all of the area of the pre-doomsday Cherokee nation.

The media industry also survived doomsday, as several radio stations continue to exist in the country. It is largely considered to be a shadow of itself however.

The government of The Cherokee nation is a bicameral system, with the lower house represented by the Tribal Council and the upper house by the Senate. The electoral system as of 2013 has used a STV voting method following the rise of the American Indian party in the 2010's. The current make up of the government is as follows: 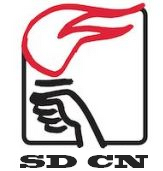 The military in the Cherokee nation is rather small due to its size and political position, it has also an unorthodox structure with military groups organised into war bands which are groups of around 150 troops that act mostly independently unless the need to cooperate to achieve larger goals. In total there are six war bands and two reserve bands bringing the total achieve troops to 900 men with 300 in reserve.

Most of the military equipment is salvaged equipment from former military installations and purchased from survivor states with existing military complexes. The military itself only really has access to ground-based equipment with only a handful of reconnaissance aircraft the have been salvaged from the uncontrolled regions around the state.

The country is majority Native American, linking to the mass migration of primarily Cherokees to the state during its formation. Its ethnic composition is 70% Native American (of which 78% is Cherokee and 22% is other groups), 27% White American and 3% Other groups.

Several Radio stations currently exist in Cherokee, one of which is government owned, they are: