Since Yellowstone Eruption, the climate of the world has been altered significantly. Not only have weather patterns been affected, the average world temperature has dropped and the ice has more claimed large tracts of land for itself. The world as we know it has been plunged into a sort of premature ice age, with the temperatures not as cold as the last ice age and less ice covering up land in the north.

Summer would return to the planet following the Decade, but in a slightly milder fashion and would allow for the world to once more feed itself. In the Decade, the ice caps had begun to rapidly retreat southward, forcing millions of people southward from areas of the north where the ice had taken permanent hold. This continued, albeit at a much slower rate and allowed for the extent of the ice caps to be finally mapped. Another effect could also soon begun to be seen. Sunken land once more began to surface and allowed for the extending of farmland to newly uncovered lands.

The Effects of post Eruption Day climate change have been noted by scientists to be fairly similar to the last Ice age recorded on the planet from around 100000 BC to 8000-10000 BC - although a much milder version of it. This had lead to increased monsoon all over former deserts and the transformation of many of them into savannahs and wetlands. 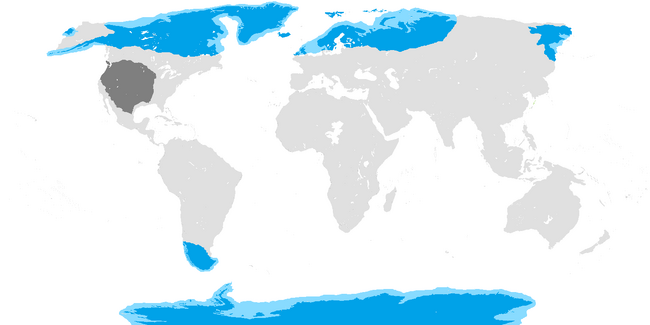 Retrieved from "https://althistory.fandom.com/wiki/Climate_(Yellowstone:_1936)?oldid=1056914"
Community content is available under CC-BY-SA unless otherwise noted.