Cologne can refer to two states in the Holy Roman Empire: the Free City and the Archbishopric. The two states have often been at loggerheads though this has recently begun to change and they are currently loosely federated as the Union of Cologne. Together they are bordered by Berg, Cleves, United Netherlands, Julich and the still independent city of Deutz. There is also a detached portion of the Archbishopric at Menden between Mark and Munster-Westphalia. The combined population is just over 1 million.

It uses the Cologne Mark (KNM). This was once a widely used currency though its dominance would decline after the 2nd Luxembourg-Austrian War.

Following the Battle of Worringen during the War of the Limburg Succession and the decisive defeat of the Archbishop's forces the city declared its independence. Banning the Archbishop from entering the city future incumbents of the bishop's throne would make Bonn their capital. The Archbishopric never really recovered from the blow of losing the city though still retained the electoral vote and certain privileges within the city. The city would be official made a Free Imperial City in 1477 while it became wealthy from its advantageous position on the Rhine.

Animosity between the two states continued, especially as the city remained Catholic during the reformation. The Archbishops flirted with Lutheranism in the early 16th century and when Philip of Lippe married, refused to resign from the see and attempted to secularise his state the neighbouring catholic states took notice and invaded. The Cologne War (1538-1541) ruined what was left of the Archbishopric's economy and would return the state to Catholicism. It was much in response to this that the Schmalkaldic League was formed to defend Protestant states from the Emperor's interference. Subsequently both Colognes would be heavily involved in the Schmalkaldic Wars and their antipathy to Protestant Julich was well-known. Indeed once the Fifty Years War broke out both the Archbishopric and City were quick to ally and invade the neighbouring Duchy. Spirited defense by Johann Toll could not hold back their combined weight and though they would soon fall out and preferred to fight separately the Protestant armies would treat them as one in their subsequent campaigns. Toll's troops captured and sacked the city in 1628 leading to a massive depopulation.

The city recovered quickly once the war finally ended. Once again distancing itself from the Archbishopric the city offered its substantial army for Imperial service and its Rote Funken has served in virtually every German war until the long peace that has lasted from the end of the 2nd Imperial-Kalmar War.

Both states spent a large portion of the 19th and 20th centuries modernising their political systems and becoming much more democratic.

A joint government was established in 1987 which has helped conditions in the city and connections to the wider area. It has also provided new lines of credit to industrialists and boosted the production of brown coal in the north of the Archbishopric. Many commentators have criticised the extremely slow progress of the joint reforms however and would prefer the union to be re-thought and started again from scratch.

Both the City and the Archbishopric are governed by single chambered Diets. They have just finished synchronising their electoral terms and now both have elections every four years.

A united 'third' chamber sits in Brühl. For every small improvement this overseeing body has brought it has had hundreds blocked or simply shelved. It has been bogged down in issues concerning synchronisation of laws and taxation since its creation. It is currently made up of appointed officials whom tend to cling to their state's respective laws and rights. 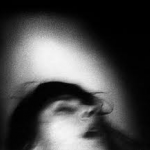