The Council of Florence was an informal synod and political council to bring an official resolution to the political upheaval known as the Second Investiture Conflict. It brought a formal end to the Rheinfelden Dynasty and re-affirmed Papal supremacy over the Churches in Germany and Italy.

The Church reforms of Pope Gregory VII centralized the Catholic Churches across Europe entirely back to Rome. The hierarchy of the Church, giving sole authority to the Pope to appoint Bishops and Archbishops, was a point of contention that the Holy Roman Emperor Henry VII did not relinquish. After the First Investiture War from 1078-1084, the Salian Dynasty was deposed from power and replaced with the Rheinfelden Dynasty from Swabia, ruled by Emperor Rudolf, which relinquished all religious authority back to Rome.

One of the chief architects of the Investiture War and long-standing ally of the Papacy was Mathilda of Canossa, the Countess of Tuscany. This relationship between Tuscany and the Church grew further after the Conclave of 1099, which elected the Tuscan Cardinal Rainer von Bleda as Pope Paschal II. When Mathilda died childless in 1116, the Pope claimed that she had willed all her lands to the Church, thereby effectively giving the Margrave of Tuscany to the Papal States. Emperor Conrad III, grandson of Rudolf Rheinfelden, was concerned of the growing power of the Pope starting to affect the secular powers of Europe beyond the sacred. This initiated the Second Investiture War from 1116-1120.

The Hauteville dynasty of Normandy quickly grew in power as a result of successive religious wars in the Mediterranean, first with the Sicilian conquest from 1061-1086, followed by the First Crusade from 1092-1099. Bohemond of Taranto was one of the most dynamic figures of this dynasty, with various attempts to seize territory across Anatolia and Levant, before finally being imprisoned and effectively exiled to Sweden. Bohemond's personal connections to the Hauteville monarchs, as well as his marriage to the House of Capet in France, helped leverage Bohemond to consistently evade consequences for his actions. In the outbreak of the war in 1117, Emperor Conrad placed Bohemond in control of the Imperial armies to invade Italy. While Conrad did not grant Bohemond any actual title, this effectively enabled him to begin carving out his own Kingdom in Lombardy.

The Papal army seized control over Florence and Canossa within the first year of the conflict. A coalition force of various mercenaries across southern Europe arrived for this purpose. Pope Paschal organized this mercenary force under the control of Peter Columna, son of a recent Count of Tusculum, and progenitor of the House of Colonna. With renewed organization of the military, Columna was able to quickly occupy Tuscany before moving further north. Much of Europe was distracted from this war due to the ongoing war of Reconquista between the Almoravid Sultanate and the Christian states of Iberia under the Jimenez dynasty..

Bohemond immediately ran into issue of disloyalty among the cities in Italy, as the states were divided between those supporting the Pope verses the Emperor. Between 1118-1119, Bohemond sieged down the city of Milan and placed the cities of Alessandria and Pavia as vassals. In 1119, the Papal army captured the city of Parma and began moving north against Pavia, hoping to draw Bohemond's forces away from Milan. Instead, Bohemond divided his forces, holding down Pavia at the same time as capturing the nearby city of Piacenza, south of the Papal army.

At this point, the newly-elected Pope Benedict X excommunicated Emperor Conrad, effectively deposing the House of Rheinfelden from the imperial office. The electors of Bavaria, Bohemia and Saxony all revolted, quickly mustering a German coalition force to invade the Duchy of Swabia. The Emperor was taken off-guard by this new front, especially as the Count Palatine Frederick Hohenstaufen also raised a revolt from within Swabia. At the Battle of Ulm in 1120, Conrad III was slain in battle. 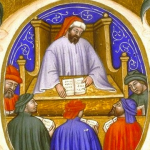 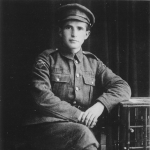