"Oh, East is East and West is West, and never the twain shall meet,

NOTICE: The game is on indefinite hold until there is more interest - Your friendly neighborhood mod, Nathan 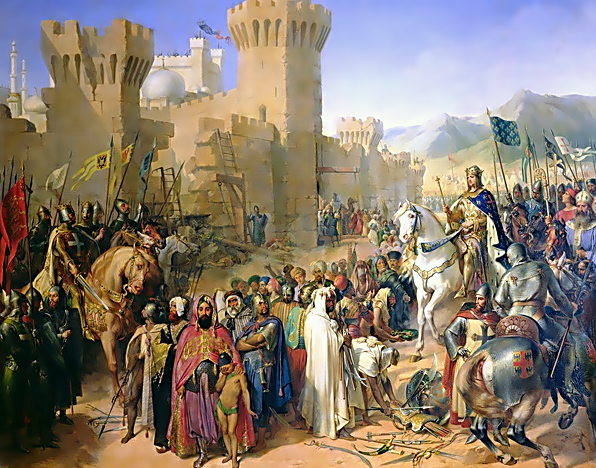 Register as suggested person or another if you want. You can't register as a bold person without a mod's approval.

The game has started

The Iberian kings don't accept peace with the Muslims.

Because Otto IV trying to centralize the Holy Roman Empire, many of his supporters are moving to Phillip (Henry V, Count Palatine of the Rhine; Henry I, Duke of Brabant; Ottokar I of Bohemia and even the Archbishop of Cologne)

Andrew took army against his brother Emeric and asks Pope recognize him King of Hungary.

While Roman besieged and took over Chernigov, the coalition led by Vladimir divided it's army. A smaller part of the army went to the unprotected Kiev and conquered it, r-eestablishing the Principality of Kiev. The second part built a camp near Chernigov and besieged the city.

Byzantium continued to suffer defeat by the Bulgarians. Bosnian troops were defeated in the decisive battle.

Otto IV almost lost any power in Germany as his supporters leave him and support Philip and his own territories.

Hungarian troops are defeated on all fronts since Imre is idle. Andrew besieged Budapest.

Because of the exorbitant spending on the army and military build up, Swedish king goes bankrupt. If the army does not receive a salary it scatters in the near future.

All the lands of Otto IV were taken over by Philip of Swabia. Philip's advisors advise him to start a war campaign against Rome to make the Pope recognize him.

Andrew takes Budapest over and puts his brother Emeric in prison.

Byzantine troops lose to Bulgaria in a decisive battle. There is coup in Constantinople: Theodore Lascarsis declares himself Emperor. Alexios is blinded and put in prison.

The Egyptians successfully take the Kingdom of Jerusalem, but Aimery manages to escape to Cyprus.

Fellow mods, please feel free to change this as this affects the nation.

For all events that need mod response or affect any wars, please clearly indicate in your posts as bold.

Philip II King of France: In light of the Phillip of Swabia's invasion of Rome we accept Arthur I's peace offer and we move our soldiers to the eastern border and the King of France declares war on on the King of Germany for he has invaded the Pope. We invade the King Phillip of the Germans with 1000 knights, 5000 sergeants, 3000 urban militia men, and 5000 foot soldiers. 500 mounted crossbow men and 500 crossbow men on foot and we call upon all Christian nations to unite against the King of the Germans and help defend the Pope. Phillip II continues to develop Paris and the rest of France.

Germany takes the city of Rome. I hope kost is happy

Philip Augustus invades the low countries and takes some provinces there

Leon aggrees to a non-aggression pact with Cordoba. All other nations in Spain refuse

Ottokar manages to take Beckov Castle on the border of Hungary with medium losses to his army.

Alexios IV, exiled from Byzantium, looks through Europe for any help to restore him to the throne in Constantinople

Aimery, the King of Cyprus appeals to the Pope for a Crusade to stop the advancements of Egypt

After Haakon III dies, the throne of Norway is siezed by Erling Bagler, who is supported by the clergy to restore Christianity in Norway.

Forces from Kiev, Georgia, and Prester John(?) manage to prevent Constantinople from falling to the Bulgarians, resulting in a stalemate. The Emperor continues to try to make peace with the Bulgarians

Armenia falls to the Ayyubid Sultanate

The English forces begins to overwhelm the French vassals on the border, although the bloody Siege of Toulouse gives them significant losses

OOC Angevin Empire: The French army is in Germany, and I'm not invading France anyway so.... I find it difficult to believe that they are only just beginning to overwhelm the region after a year of fighting between little more than city guards from Toulouse and trained, efficient soldiers from the Angevin Empire.

The combined German and English forces crush the French forces in battle, and take control of the city of Rome

Pope Innocent III refuses to comply with the King of Germany, and offers any German nation independence if they come to his aid.

Following the proclamation of Ereling Bagler, a northern crusade begins that purges Norse paganism out of Scandinavia

Bulgaria agrees to make peace with Byzantiuim, if they agree to let them keep the lands they already occupied. This would leave the Byzantine empire with the Peloponese, the coast of the Aegean, and their Asian territories.

The Abkhaz tribes mostly flee in the face of Georgia's invasion

Queen Tamar's speech is enthusiatically taken by the common people of Georgia, but unknown in the rest of the world

With a succession crisis in Egypt after the death of Muhammad al-Naser, the nobles of Egypt consider giving the kingship to the Almohad Caliph, thereby restoring the Umayyad Caliphate over all Islam from Cordoba to Baghdad

The County of Bourbonnais surrenders to the English forces after a pitched battle.

A dispute arises between the occupiers of Rome, as the German commanders resent the presence of the English in Italy

The declaration of Queen Tamar is presented to the Pope

Few Abkhaz tribes return under Georgian rule, to the resentment of local Bishops seeing these pagans remain in the land

After a long and terrible battle facing devastating losses on both sides, the English are defeated in their attempt to take Paris, and are pushed back to Acquitaine. This victory was led by the French commander Louis the Lion, while his father Philip Augustus is still in Germany. The French are unable to disslodge the English from any other part of the continent at this time

The German commanders compel the English to leave Rome, as they are foreigners with no place in the nation

Bohemia is given independence from Germany by the Pope

Sweden still suffers a problem with debt, but it is slowly improving

The Estonian tribes are not interested in being controlled by a foreign power, nor do they want to unify at all

Hearing the terrors of the Northern Crusade, many tribes north of Sweden and Norway convert to Christianity in droves

Bagler succeeds to raid and pillage many towns in the Netherlands, getting much wealth from it

Queen Tamar's reforms converts many more of the Abkhaz tribes to Christianity, greatly expanding the nation

Retrieved from "https://althistory.fandom.com/wiki/Cross_and_Crescent_(Map_Game)?oldid=1524231"
Community content is available under CC-BY-SA unless otherwise noted.