East Panama, officially the Región Autónoma de Panamá (Autonomous Region of Panama) lies between the Panama Canal Zone and the border of Autonomous Region of Darién. Since 2012, it has been governed as part of Colombia, a claim recognized by the South American Confederation and a number of other nations.

Shortly after voting to annex the Darién in 1999, the Colombian Congress passed another act claiming all of the territory of Panama for Colombia. Panama had been a Colombian province until 1903 when it became an independent nation. The old province had been called "Istmo", but the act only used Panama's modern name. However, Colombia was unable to make good on its claim outside Darién. The East Panama District came into being late in 1999 by Act of Congress. It was to be the first step toward pacifying the region east of the Canal. A military expedition in 2000 ended in failure. During the 2000s Colombia tried several times to colonize the District, but was not able to extend its control past the defensive line of bases along Darién's border.

In the later decade of the 2000s, Colombia began to shift its strategy. Using the Casa Verde Peace Agreement of 1986, which put an end to a number of violent rebellions in Colombia, as a model, the government began to negotiate with the warlords who controlled the region, offering to share power. Colombia began to show signs of a major new focus on East Panama in December of 2011, when it began increasing troop levels in the Darién. On January 8, 2012, President Juan Manuel Santos visited Chepo to officially and publicly reach out to eastern Panama's armed groups. Treaties with East Panameño groups continued, the largest breakthrough being a treaty with the Colón People's Army, among the largest groups in the East District.

Colombia continued to expand its military presence. It established a station at Portobelo on the Caribbean coast and a small base near Chepo in the interior. Chepo enjoys a road connection with Panama City; though the road was in ruin, it provided the town with an advantageous position.

In 2011, East Panama's military governor relocated from Panama City to Chepo, a sign of Colombia's tightening control. Along with the governor came new concentrations of troops. From late 2011 to July 2012, a series of military operations brought the entire territory under Colombia's control. Talks continued with local armed groups. They were either persuaded to participate in the military administration of the territory, or were paid off to abandon the area and relocate west of the Canal Zone.

In July 2012 Colombia declared the military operations finished and formally annexed the territory. In December the government staged a referendum to confirm the annexation. In the meantime, many Panamanians voted with their feet, with pro-Colombian people moving into the area and many pro-independence people leaving for the still-unconquered west. The vote was largely fair, though some of the more remote areas of the region had no access to the ballot. The creation of the Autonomous Region of East Panama was announced on December 31.

Officially, the autonomous region claims all of Panama. In fact its control only extends to the district between Darién and the Canal Zone. Some armed groups west of the Zone are loyal to Colombia and theoretically fall under the Region's authority, but they operate independently. The island of Coiba also belongs to the Autonomous Region on paper but is in fact run by the Colombian military.

The most densely populated part of the district is the zone centered on Chepo, the capital. The terrain around this zone is rugged and forested, many parts still quite wild and difficult to control.

Unlike Darién, the region has little to give it a distinct identity. Local leaders have tried to evoke the national spirit of Panama itself in order to unite the people, while also trying to inspire pride in being connected to Colombia. The task is made even more difficult by the fact that very few people have deep roots here: almost everyone in East Panama moved there from somewhere else in the postwar years, or is the child (or grandchild) of someone who did. Most citizens are grateful to Colombia for its role in supporting the refugees and making the countryside relatively safe and prosperous again.

East Panama has a government based on that set up for Darién, with a President and an Assembly. The official flag is still that of independent Panama. 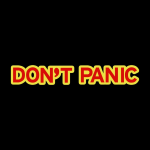