The Ecosystems of the world have been affected by the Great Nuclear War in varying ways. Invasive species, lack of trade regulation, and radiation have all had their say, and nature has changed because of it.

While the climate has remained relatively stable, the natural world has been heavily affected by the sudden loss of human life. Some species have made comebacks, some have been unleashed from their human cages to find new life, and some invasive species have completely choked the life out of ecosystems. 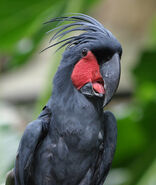 Retrieved from "https://althistory.fandom.com/wiki/Ecology_(Great_Nuclear_War)?oldid=1424247"
Community content is available under CC-BY-SA unless otherwise noted.