who can trace their ancestry back to, or were born in the

(more specifically England). Most English Alaskans can trace their ancestry back to the original British settlers of the Pacific Northwest during the 18th and 19th Centuries, with English Alaskans being the majority in the

, as well as the plurality in

Since the 1920s, the term "Doug" has become a nickname for Alaskans of English descent, comparable to the use

(respectively). The name is derived from the Doug (the national flag of the short-lived

), which in turn gained its name from the silhouette of a Douglass fir on the flag. While often used to describe all Anglo-American Alaskans, the term is generally only used to describe those who are descendant of the original British settlers to the region.

The British became active on the Pacific coast of North America since the 18th century as part of the lucrative fur trade. The area of modern day southern Alaska was also claimed by the Americans and the Spanish, but following the Great Western War in the 1820s, the Russian Empire emerged as the main rival to the region. Following the Treaty of Saint Petersburg in 1827, the Columbia River would act as the boundary between British Columbia and Russian Oregon, with the disputed New Caledonia acting as a unorganized buffer from the northern Russian territories. Throughout the 19th century, the population of British Columbia began to rise due to the fur trade, but much of it was focused on Vancouver Island and northern bank of the Columbia River. Following Russia's defeat in the Crimean War, the Queen Charlotte Islands became fully British (due in part to the discovery of gold on the islands). Despite an active population, the cost of the colony became too great, ultimately ending British rule with the Columbia Sale of 1867. The period between 1872 up until the early 1880s was dominated by what would become known as the Doug Diaspora, in which the British colonists relocated outside the Russian Empire (mostly to Australia, Borealia, and the United States). To prevent tensions in the area, Russia agreed to lax their previous efforts to Russify and displacement of the English colonists, slowing down the diaspora. Cossacks were originally used as tax collectors from Doug minorities but they were soon replaced by civilian administrative officials.

Despite the initial assurances by the Russian Empire, indirect moves to Russify the population took place throughout the remainder of the 19th century. Among the programs included the settlement of Russian Protestants and other non-Russian subjects into the area (including Finns, Germans, and Scandinavians). Another program, which has mostly fallen out of use, was the adoption of the Cyrillic alphabet for the English language. English Alaskans were and are remarkable as one of the only large groups of English expats to live in a country where English is not the dominant culture. Increasingly English Alaskans felt that now resided in an Asiatic country, this was part of a traditional European prejudice to view Russia as an Asian rather than European country.

The situation for the English changed in 1917 and the collapse of the Russian Empire. As part of a nationalistic rise which began around the early 1910s, the former British colonies declared independence as the Commonwealth of Columbia. Under the new government, move to derussify the population were enacted, though met with opposition. Following continued internally conflicts and ultimately economic troubles, Columbia officially rejoined with its neighbors. Despite its failures, the time of independence helped to rejuvenate the English heritage of the region, leading to the popularity of "Doug" and "New Albion" for the people and region, as well as a resurgence of the English language and peoples to the region.

The English resurgence came at a cost to most other cultures . All religions outside of the Protestant denomination faced governmental restrictions while Columbia's Buddhist minorities were forcibly expelled. Native Russian speakers were forced to speak English or also face expulsion. Cossacks fled to the edges of Columbian territories to fight a guerrilla war against rampaging militias. Racial minorities such as the Alaskan Indians faced segregation and race riots. The negative legacy of English Racism would be remembered long after the reunification of Alaska.

Throughout the 1920's and 1930's Columbia styled as New Albion desperately looked for recognition from the large English speaking countries. Overall English citizens abroad were sympathetic to the Colombian cause but liberals were disappointed by Colombian social policies. Both Borealia and the United States were interested in intervening for the sake of containing Communism in the Alaskan Socialist Republic. However English powers were also weary of getting involved in a complex civil-war. After a strong 'blue' democracy arose from New Archangel under the leadership of Mikhail Luchkovich America and Borelia encouraged Colombians to reconcile with the early Alaskan Republic.

Columbia found itself isolated as the Alaskan Nation began to come together becoming sandwiched on both sides by a single Russian Speaking Government. Many Alaskan and Ukrainian Alaskans wished to punish Columbia for its harsh ethnic policies. As the English nations were no longer willing to support the Dougs unconditionally they faced impending economic hardship. Ultimately the Colombians and Alaskans struck a compromise. The nation would peacefully join Alaska and no one would be held responsible for ethnic cleansing however the government was obliged to allow evicted citizens to return and to pay sums of reparations to individuals and organizations.

Reunification readmitted Columbia as a governante of Alaska. The short lived Columbian military were integrated into Alaskan's Army as divisions. In practice these divisions would be wholly English speaking for decades, though commanded by bilingual officers. The participation of English Columbians in the war against Socialist Alaska mended ties between the English and the majority Slavic population.

During the Cold War most Alaskan Governments had a soft-hand with English Alaskans, leaving behind a troubled past. English continues to be an accepted language and is a widespread second language for most Alaskans. However, all English children learn Russian in public schools and many take Ukrainian as part of a second language requirement in higher education. This means English Alaskans are multilingual setting them apart from many of their counterparts in majority English countries.

English identity has diverged into two groups rural English in working class employment tend to conservative traditionalists and are the base of the Civil Alliance. The Civil Alliance has representation as a third party in the national Alaskan Duma. Rural English citizens have often been granted concessions by both of Alaska's mainstream parties in exchange for temporary support. These English tend to see England, or the Great Plains of the United States as their mother country. Rural English communities have sometimes engaged in legal disputes with Cossack Alaskans. However recent cross-over events have created hope that Cossacks and English will develop friendlier relations as both share Conservative Alaskan values.

English Alaskans who have migrated to urban centers across Alaska or were educated in New Westminster Universities have become part of Alaska's cosmopolitan culture. Commerce and stock trading takes place enthusiastically between both languages in Alaska's coastal cities. Alaskan cities such as Ross, St.Petersburg (Oregon) and Vladikaskady have attracted immigration from the United States. Famous celebrity John Lenon visited Alaska to try out Alaskan Orthodoxy and Alaskan Buddhism as religions that were exotic to him.

English Alaskans musicians have been credited with creating the Grunge Alternative-Rock genre. A recent survey found that over 90% of Americans view the Alaskan People in a positive light. The English population in Alaska are partially responsible for the strong ties Alaskans and Americans share. In the present time English immigrants from abroad contribute to the naton's booming technology sector.

Traditional English Culture is machismo, rural English take pride in their ancestors as pioneers to the land. Hunting and fishing are the largest pastimes . Dougs often times celebrate all of American and British holidays as many are descended from both countries. The folk heros Robin Hood and Daniel Boone are symbols for the Dougs, as their mythos of 'good criminal' and a woodsman appeals to the rugged individualism of many Dougs. Most are members of the Anglican, Baptist or Presbyterian Churches.

A favorite cuisine is Spiced BBQ Apple Pie which combines traditions from different areas of the historic Anglophone word. Apples are plentiful in Southern Alaska and many of the original settlers brought with them grilling and bbq techniques, this was especially true of pioneers who originally migrated from the Southern United States. Spiced Apple pies can include nutmeg, cinnamon or even paprika as a coating. The Spiced BBQ Apple Pie is often served with Eskimo Ice Cream.

Urban English culture has ranged from Orientalism to Gothic themes. The maritime climate of the coast is popular with both immigrants and tourists. English in Alaska believe that Alaska is a place to experiment cultures foreign to them as Eastern Europeans, Eurasians and East Asians do not have a high statistical presence in most English countries. Many have said that going to Alaska, is a way of visiting Asia without leaving North America.

Because of Southern Alaska's wet and cool climate many have associated Alaska, with Coastal New England or the British isles. From the 1980s through the turn of the 20th century dark clothing, and metal music were popular as forms of expression. Similar to various Scandinavian Alaskan Peoples Germanic Neopagnaism has also established a following among English in Alaska.

English Alaskans are spread out across Alaska, but the majority are centered in the south-central governorates. Those of English descent make up the majority in Vancouver Island (74%) and the Queen Charlotte Islands (61%), with an English plurality in Columbia (38%). Along with New Caledonia, these governorate form the region of New Albion. Much of the English Alaskan population speak
Russian
as their first language, but first
English
-speakers have large say in the Queen Charlotte Islands and Vancouver Island (where about 30-50% of residents place English as their first language). English is the most fluent language of Alaska (with over 60% of Alaskans having basic knowledge of English).

The name Doug has become a popular nickname to describe all English Alaskans. Though much like Yankee, the term has varying definitions based on its regional use. Internationally (especially within Borealia and the United States), a Doug can generally refer to any non-Russian English-speaking Alaskan. Within Alaska, a Doug (known as Даги [Dagi]) mostly refers to those living in New Albion. Among the Doug themselves, the term strictly refers to those descended from the original British (but mostly English) settlers of British Columbia, leaving out Americans and later English settlers (regarded similarly to Cajuns of Louisiana not referring to all French Louisianans). 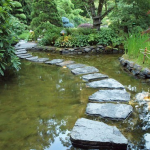 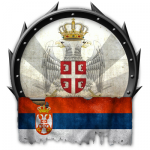