The Eurasian Organisation of Mutual Assistance and Economic Development is an organisation between numerous countries (with the first members Korea and Austria) seeking to maintain an international balance of power and to aid each other in development. The organisaton will last until all participants declare the Treaty of Hanseong, the instrument to making the organisation, null and void.

A majority (≥50%) of the members should vote yes to enable the country to join.

The Taiping Heavenly Kingdom – the government representing China, has collapsed. It has now been replaced by the Republic of China. So far, they have not renewed their membership in the Treaty, and also adopted a highly xenophobic attitude; closing churches, expelling European nationals, and persecuting those who have adopted Western culture. I propose two (but you can propose yours on the discussion) solutions to the issue.

1 ~ Pressure China to renew their membership and abandon their xenophobic policies.

2 ~ Partition "frontier" and parts of China proper (though not its core parts) China into spheres of influences or territories, leaving most of the rest of China proper as a rump Chinese state adopting a weaker pro-Western government.

Please vote on which solution you want to pursue. 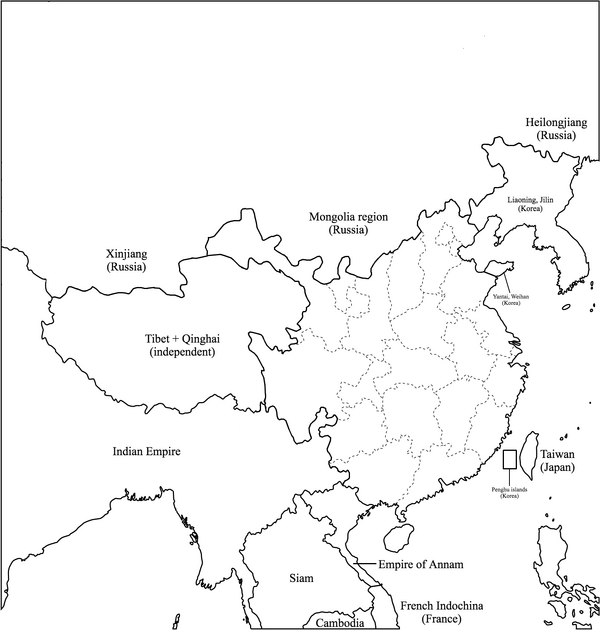 Due to many crimes against humanity and the starting of a large war in Europe, I, Shogun of Japan, suggest to all the members of EOMAED to expel the Southern German Empire from the treaty.

Russia will be exiting the EOMAED and forming a rival alliance (to which all of you would be invited) should South Germany be permitted to remain in the organization. Reximus | Talk to Me! 15:42, April 23, 2016 (UTC)

Remember, I created this alliance ... Triumph is at hand (talk)

After resolving the underlying conflicts that precipitated their vote, Russia has decided to vote for the Southern German Empire to remain in EOMAED. Reximus | Talk to Me! 21:22, April 23, 2016 (UTC)

Australia will also be neutral in this dilemma.

Retrieved from "https://althistory.fandom.com/wiki/Eurasian_Organisation_of_Mutual_Assistance_and_Economic_Development_(Emancipation_Map_Game)?oldid=1651167"
Community content is available under CC-BY-SA unless otherwise noted.