Fallen Jihad explores a timeline where Jihadist extremism never becomes such a prevalent threat in western culture or a major political force in the Islamic world. All the PODs are in 20th century.

In 1925, the Emirate of Nejd invaded the Hashemite Kingdom of Hejaz. The Hashemite kingdoms of Iraq and Jordan enter the war on the Hejazi side and defeated the Saudis. This led to an an enlarged kingdom of Hejaz and a weakened Saudi Arabia.

In 1948, the British mandate of Palestine ends, and the Republic of Palestine is formed. It's constitution is similar to lebanon except it shares power between Muslims and Jews instead of between christians and Jews.

In 1953, the US and Britain aid the Shah to try and overthrow Mohammed Mosaddegh's democratic government in order for the English to retain control over Iran's oil. Due to a series of plunders by the Anglo-American covert force, the majority of the Imperial army ends up supporting Mosaddegh, who uncovers the coup plot and publicizes it, causing an international crisis. On August 30th, a vote by the Iranian Majilis declares the Shah an enemy of the state and he is exiled from Iran to Qatar. Thus 2500 years of Iranian monarchy end and Iran becomes a republic under Mosaddegh's national front. Iran, being betrayed by the Americans, would become a bastion of the non-aligned movement and loosely ally with the soviets throughout the cold war. The Iranian Tudeh Party would later be elected, and Iran would become a socialist regime akin to Yugoslavia.

In 1953, Zahir Shah, King of Afghanistan, is deposed by a non-violent coup. Mohammed Daoud, Zahir's cousin, takes power and instates a socialist regime that is aided by Iran and the Soviet Union. Due to this peaceful transition into socialism, Afghanistan is not subject to the brutal civil war or destruction. 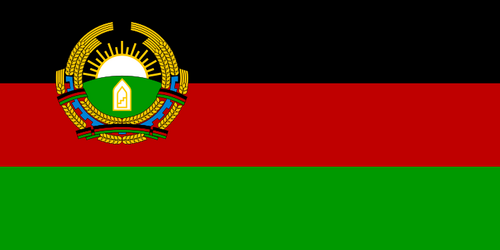 Afghanistan is a communist state and member of the 5th International. It was established in 1973 after a coup by Mohammed Daoud. Afghanistan industrialized and rose from its quazi-feudal past by playing the US, Pakistan, Russia, and China off of each other. Afghanistan and Pakistan. In 1981, a member of the Awami National Party, a pro-Afghan party in pakistan, was arrested by Pakistani police for conspiracy. Afghanistan condemned this and withdrew their recognition of Pakistan. Later that year, Afghan fighter jets bombed several Pakistani controlled areas in Kashmir and stationed a large portion of the Afghan army at the border. These tensions led to Pakistan speeding up their nuclear bomb research and Afghanistan realized they also needed nukes to compete. A nuclear bomb was tested in a remote area of the Kiber pass by Afghan authorities, making it a nuclear power. The second nuclear exchange to ever happen was a joint Afghan Indian bombing of a strategic Pakistani launch site in claimed Afghan territory. In 1987, the Pakistani government collapsed. This would become an international crisis as several nuclear weapons lay in the possession of several splinter governments. A new Pakistani government was installed and opted to join with Afghanistan. The Afghan Federation consists of Pashtunistan, Daristan (after the Dari Persian Language), Baluchistan, Sind, and Urdustan. Punjab and Kashmir were admitted into India. The only countries opposing this were China and the Chinese Sphere (Vietnam, Laos, North Korea). 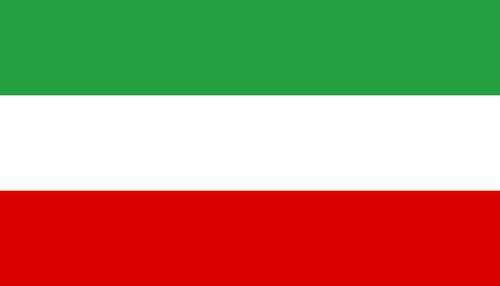 The Federal Republic of Iran was formed after the infamous Iranian Coup Scandal of 1953 when the Shah, backed by the US and Britain, attempted to overthrow democratically elected president Mohammed Mosadegh after he began a program to nationalize Iranian oil reserves. As a result, Iran severed relations with Britain and the US. This led Iran to form an alliance with Turkey to safeguard their oil and act as a bastion against Imperial ventures by both the Soviets and Westerners. After the split of the Iraqi ba'athist party under Saddam Hussein from the main Nasserite faction, Iraq joined. This pact became known as the tripartite pact. In 1987, the tripartite pact tested nuclear bombs in a remote region of the Iraqi mountains. In 1990, a tripartite invasion of Kuwait was made to secure the persian gulf. Kuwait at the time was part of the UAE and, after the Iranian navy made landing in Abu Dhabi, led to a UAE surrender. The United Kingdom of Hejaz and Transjordan subsequently declared war on the tripartite pact. The war, known as the Gulf or Kuwait War, was very deadly and brought in almost the entire world. The communists and ba'athists supported the tripartite pact while the US and much of NATO supported the monarchies. Some of NATO did not, most importantly France. This was due to Turkey's formal membership within NATO. In 1993, after tripartite forces occupied Ha'il, the capital of the United Kingdom of Hejaz and Transjordan, and Jordanian military officers carried out a coup and signed a surrender. Hejaz also surrendered and the new Arab Republic of Hejaz was made by the Iraqis.This would mark the full end of the Hashemite dynasty. Iran has reached new levels of prosperity since then, with its army ever expanding at it seeking to take up the mantle of world police after NATO dissolves (ironically, NATO dissolved because of the Gulf War that Iran started). The tripartite pact was dissolved in 2000, and the future is now uncertain for the middle east. Iran has the 5th largest army in the world. 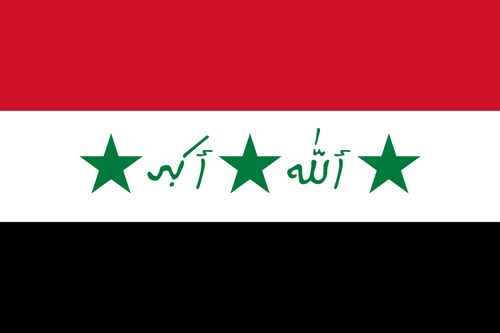 Iraq, officially the Greater Arab Republic of Iraq, is a large state and military power in the middle east. It is a member of the tripartite pact with Iran and Turkey.

Retrieved from "https://althistory.fandom.com/wiki/Fallen_Jihad?oldid=1513580"
Community content is available under CC-BY-SA unless otherwise noted.