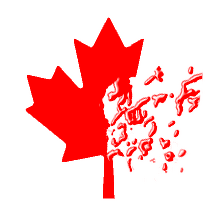 In 1995, Sovereignists in the Canadian province of Quebec win a referendum that would give their government the mandate to separate from the Confederation. Two years later, Quebec is welcomed into the community of nations, closing a long running debate.

This political independence, however, as one achieved by peaceful rather than violent means, is taken up as a cause celebre by other separatist movements in North America, putting in question the future of a united Canada, and even a united USA.

Nearing the 10th anniversary of Quebec's independence, North America is a much different place.