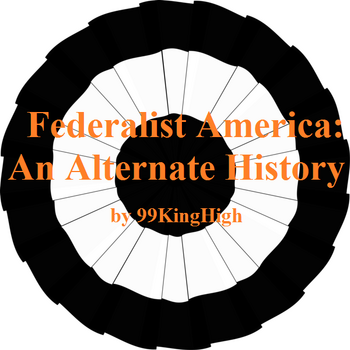 Hello and welcome to Federalist America, an alternate history that provides a separate timeline of American politics, wars, and other relevant affairs. The point of divergence from this timeline will be during the Quasi-War, when a swift escalation of naval tensions turned into undeclared war between France, Spain and the United States. We shall examine the course of the Federalist Party and its political opponents in the upcoming chapters.

President of the United States of America
Cabinet of the Executive

Retrieved from "https://althistory.fandom.com/wiki/Federalist_America?oldid=1224824"
Community content is available under CC-BY-SA unless otherwise noted.