After the successful uprising in 1855 at the Eureka Stockade revolution spilled over through Ballarat and down into Melbourne changing history forever. British re-inforcements were sent to revive their dominance in the new colonies. They were successful in New South Wales but forced away by the defiant rebels of Melbourne. This situation led to a standoff across the Murray River and established a new independent state ironically called Victoria (even with the anti British sentiment). This new land inspired other settlements in 1857 out of the close clutches of the British soldiers to also flex their muscles and the island of Tasmania and the lands west of the Murray also declared their independence. The British for their part relaxed their grip on New South Wales fearing a further breakaway from settlements far away from Sydney. This therefore allowed NSW to divide into three regions, NSW, Queensland and Capricornia. Both of the new nations of Australia and Eastralia decided a centralised capital city was important. Adelaide became the capital of Australia. Brisbane the capital of Eastralia. All of this occurred by 1859 just four years after the initial uprising.

Some of the problems that tore this fledgling nation apart in the 1850's reared its head again at the turn of the new century. The people from Westralia continued to feel isolated from the rest of the nation and rumours of cessation from Australia had grown to the point of a referendum. This vote for independence and a change of name to Auralia took place in 1900 and was resounding passed and John Forrest became the first president of this new nation.

Talks at various stages for the unification of these three nations into one have taken place over the years but failed even remotely to bring this dream to fruition. Auralia still considers itself too removed from the rest of the continent. Currently with its huge minerals deposits it looks at its internal problems as being a bigger problem. The Pilbara/Kimberley regions since the early 1970's seek there own autonomy. Once again arguing their isolation from the capital Perth as the main issue. Auralia is also the only nation on the continent to have had a lady leader.

Carmen Lawrence was President of Auralia from 1990-1996 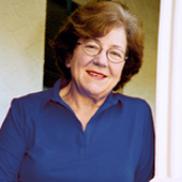 Eastralia has since its birth as a nation outshone its counterparts as a bright and robust economic giant in the region with its high house prices a testament to its success. The guidance of Joh Bjeke-Petersen in the late 1960's and the vision of Gough Whitlam in the early seventies helped guide this regional powerhouse to great prosperity. The other mainstay of recent times has been the long standing Prime Minister John Howard who recently lost the national election and his legacy on Eastralia will be judged in the next few years. Many people believe his job was easy in booming economical times but his lack of vision for the future will see his reputation greatly tarnished as the 21st century unfolds.

ORIGINAL LEADERS OF THE THREE NATIONS

As for Australia, politically it has been a conservative mecca with long standing leaders such as Robert Menzies in the 1950's and 1960's and Peter Costello since 1998 steadily leading this nation in the right direction. Costello's 11 year reign after deposing the then Prime Minister Alexander Downer in a ruthless political coup has become on of Australia's most astute politicians. The only notable politician from the left of politics in this period was Bob Hawke in the early 1980's. With a population only half of Eastralia's its aspiration to reunite this continent into one nation seems to have passed it by. If unification is to ever occur it would now seem to be in the hands of Eastralia as the biggest partner to bring this to fruition. Australia in recent times have even suggested a new city half way between the two major commercial centres of Sydney and Melbourne. The idea being to establish a new national capital and bring the continent together under one flag but this suggestion seems ridiculous. How the current capitals of Brisbane, Adelaide and Perth would react to this suggestion beggars belief.

The other great barrier to unification besides Eastralia's and Auralia's finance gain through the resources boom which Australia has not shared in is the continue tension over water rights. Northern Eastralia's use of water mainly in Queensland for agricultural purposes leaving small amounts to filter all the way down the Darling River to Adelaide continues to causes great animosity between these neighbouring nations. At this time any thought of these three nations joining together under one flag are at best remote and realistically none existent.

CURRENT LEADERS OF THE AUSTRALIA, EASTRALIA and AURALIA

23rd President Auralia 2006-
Add a photo to this gallery

CONTROVERSY OF THE FLAGS

Due to Australia's revolt against early British settlement the symbol of the Eureka Flag and the particularly the Southern Cross has become a symbol of their independence. On 1901 the "Unification Star" was added due to the departure of Auralia from the national and the change of Centralia into the two states of North and South Australia as a symbol of a new beginning. This flag was again altered in 1981 under the presidency of Bob Hawke when legislation was passed to add the colours of red, yellow and black to recognise the indigenous peoples. The yellow circles represent the many different tribes within the indigenous community.

Eastralia took the easy option of adopting a national flag. It has always kept the strongest of links among the three new nations and never faltered from the original "National Colonial Flag". In recent times there has been a push to remove the symbolised ties with Great Britain by removing the Union Jack. However the pro royalist movement has continued to avoid the changing of the flag under a referendum to a different design.

Auralia was originally called the Swan River Settlement and the black swan found upon the river had become recognised as representing the nation. The yellow field is symbolic of Auralia's mineral wealth and also its enormous areas of desert.

Retrieved from "https://althistory.fandom.com/wiki/Federation_of_Australia_Disintegrates?oldid=1445539"
Community content is available under CC-BY-SA unless otherwise noted.