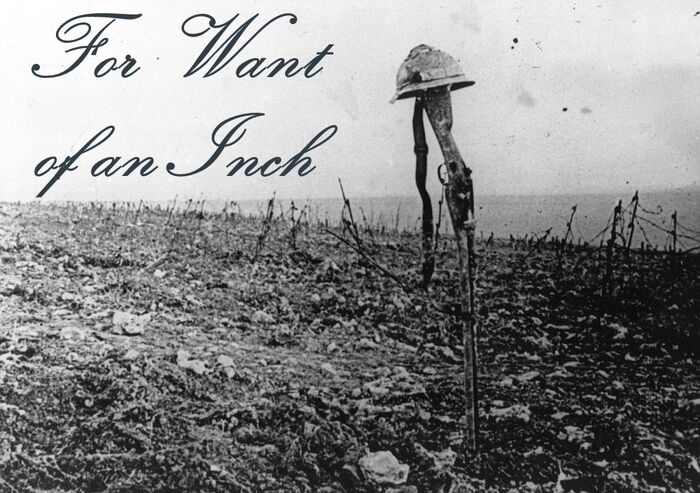 What if Adolf Hitler had been a casualty of the First World War?

When the German Empire entered the Great War on the 1st of August, 1914, the 25-years-old painter Adolf Hitler was among the droves of young men who enthusiastically signed up to join the war effort. As he was a citizen of Austria-Hungary living in the Bavarian capital of Munich, Hitler had to petition King Ludwig III to join the Royal Bavarian Army. When this was granted, he was assigned to the 16th Reserve Infantry Regiment of the 6th Bavarian Reserve Division, in which he served as a Private tasked with dispatch running. Over the course of the war, Private Hitler was promoted to the rank of Colonel and had been present at a number of major engagements, like the Battle of Ypres in 1914, the Battle of the Somme in 1916, and the Battles of Arras and Passchendaele in 1917.

Although he cheated death numerous times and even received the Second and First Class Iron Cross for his bravery in life-threatening situations, Colonel Hitler came close to perishing on two distinct occasions. The first one was during the Somme Offensive on the 7th of October, 1916, when he had taken shelter from an artillery bombardment and the dispatch runners' dugout he was in received a direct hit. His left thigh perforated by a shell fragment and his comrades lying dead and wounded in the rubble around him, Hitler's cries for help got the attention of other soldiers, who carried him to the field hospital. The second occasion was on the 13th of October, 1918, when he was involved in a British attack on German lines near the Belgian town of Ypres and became temporarily blinded by chlorine gas. Like two years earlier, others were nearby, who intervened and got Hitler out of harm's way to receive proper care.

Although there is not much difference between the two in the long run, this alternate history will use the first occasion as its point of divergence, for the sake of plausibility. So, what if the shell fragment had penetrated Hitler's left thigh an inch away from where it actually did, and severed his femoral artery?

Retrieved from "https://althistory.fandom.com/wiki/For_Want_of_an_Inch?oldid=1562862"
Community content is available under CC-BY-SA unless otherwise noted.