The Free Port of Monrovia is a city-state in West Africa and was once the capital of Liberia. Located on the Atlantic Coast at Cape Mesurado, it controls what was formerly Montserrado County, the most populous county in Liberia. Since Doomsday and the Liberian Civil War, the population of the area has been reduced drastically. Monrovia remains, however, the cultural, political and financial hub for the region.

Founded in 1822, Monrovia is named in honor of U.S. President James Monroe, a prominent supporter of the colonization of Liberia. Monrovia was founded thirty years after Freetown, Sierra Leone, the first permanent African American settlement in Africa.

Monrovia has a dual system of statutory law based on Anglo-American common law for the modern sector and customary unwritten law for the native sector for exclusively rural ethnic communities. Monrovia's modern sector has three equal branches of government in the constitution, though in practice the executive branch headed by the President of Monrovia is the strongest of the three. The other two branches are the legislative and judicial.

The city's economy is dominated by its harbor. Thanks to the Safe Harbor Compact, Monrovia receives large amount of financial aid which it has used to rebuild its infrastructure. Main exports include latex and iron ore. Materials are also manufactured on-site, such as cement, refined petroleum, food products, bricks and tiles, furniture and chemicals. Located near the confluence of the Mesurado and Saint Paul rivers, the harbor also has facilities for storing and repairing vessels. Portions of the harbor are also set aside for ships on League of Nations anti-piracy missions.

Monrovia is a member of the League of Nations.

At the pre-arranged time of 9am, all troops began moving over their respective borders into uncontrolled Bong County.

Zota District is taken easily by the joint WAU/Federation troops on the first day, these troops leave a small peacekeeping force before the majority move south to help take Suakoko District over the following days.

In the south, Monrovian troops take roughly half of Fuamah District and a third of Salala District on the first day, resistance was described as stiff, however Monrovian superior numbers proved conclusive and any resistance was quickly overwhelmed. 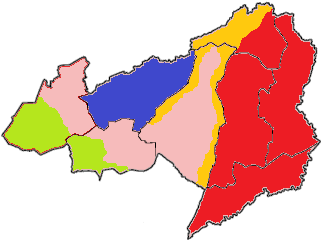 Troops continue to take control of Bong County, resistance in the north is described as light due to cross border trade with both Nimba and Lofa, in the south resistance is heavier however Monrovian troops are still making good progress, with Monrovian troops reaching the Lofan border just before 2pm. 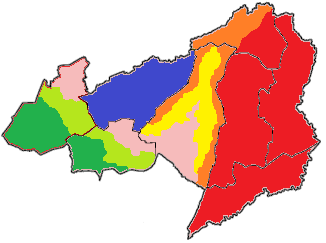 Monrovian troops hit a large pocket of stiff resistance in the north of Salala District, it took the troops over four hours to finally take the town at the centre of the resistance, in the north WAU/Federation troops have continued to make good progress. 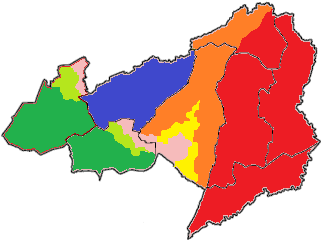 In the early hours of the morning reports reach the Ivorian contingent of the WAU troops that the Ivorian troops along the border with the RRL had been attacked by RRL troops, out of the border posts 270 men many were injured with a reports 22 dead. the 300 Ivorian troops within the WAU are withdrawn from Bong district and begin marching to the Nimban/RRL border to assist their comrades.

Monrovian troops take full control of Fuamah District at roughly 3.30pm despite a massive tropical storm hitting Bong County, in the north the Federation/WAU troops are slowed by flash flooding in the south of Suakoko District. 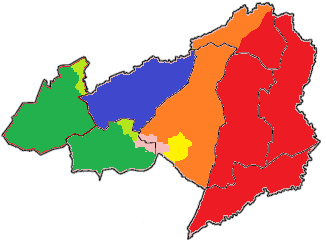 New border crossing points will be set up between Monrovian and Nimban and Lofan controlled territory. 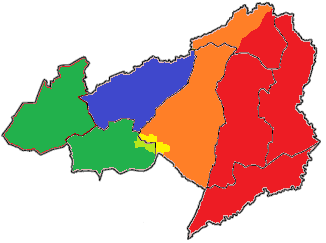 Retrieved from "https://althistory.fandom.com/wiki/Free_Port_of_Monrovia_(1983:_Doomsday)?oldid=1059128"
Community content is available under CC-BY-SA unless otherwise noted.