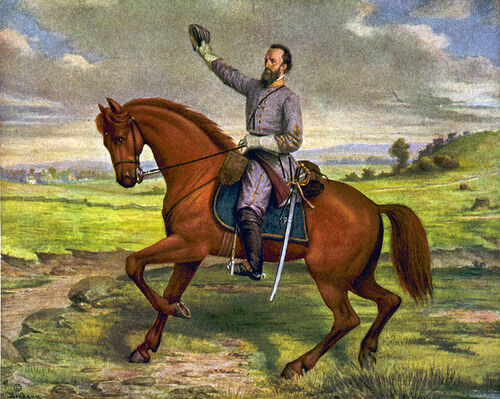 Lieutenant General Thomas J. "Stonewall" Jackson was arguably one of the Confederacy's greatest generals. He was able to expertly guide his troops and never flinched in the face of battle. Unfortunately, he was shot by his own men while returning from scouting in the early dusk. His left arm was amputated; and like so many war casualties before him, Jackson quickly caught pneumonia and died on May 10th, 1863. But what if this man had not been shot? What would have happened at Gettysburg? Does the Confederacy gain independence? These questions are answered in this piece of alternate history, named from one of his battlefield quotes:

Electoral Map of the 1866 Confederate States Election
Add a photo to this gallery
Retrieved from "https://althistory.fandom.com/wiki/Give_Them_the_Bayonet!?oldid=930596"
Community content is available under CC-BY-SA unless otherwise noted.