Grand Union is a collaborative TL between Upvoteanthology and LightningLynx89. Grand Union is influenced by the famous timeline on this wiki called Superpowers. Instead of the four Superpower states in Superpowers and the six other smaller nations of the world. Grand Union has a total of sixteen large great powers, all of varying sizes, strength, cultures, and histories.

A Note on Credits

Ever since I wrote that article for Mitro's blog, people have been constantly thinking that I'm the sole writer of this timeline. However, this is not true whatsoever. My friend LightningLynx89 here writes most of the Egyptian, Chinese, and European things, while I do the smaller parts (Anatolia, Persia, Macedonia, and the Aztecs) and make most of the maps (he made the one below). So please, just know that I'm not the sole maker of this timeline, even though I'm still pretty damn fly! Also, please leave a message on my talk page if you like the TL or have ideas on how to improve it, we're open to suggestions! ~ Upvoteanthology 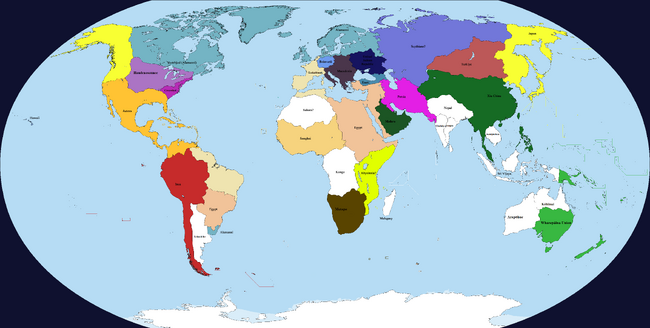 Retrieved from "https://althistory.fandom.com/wiki/Grand_Union?oldid=1193773"
Community content is available under CC-BY-SA unless otherwise noted.