Henry IX (1748-1792) was King of the United Kingdom of Great Britain and the Netherlands and King of Ireland from his brother William V's death in 1756 until his own death in 1792. His youth at his ascension and his brother's youth during his reign allowed Parliament to gradually increase in power at the expense of the Crown. By the time Henry IX came of age, the Parliament had established itself strongly. Henry IX attempted, with some small success, to regain power, but his reign marked the beginning of the end of monarchical power in Britain. 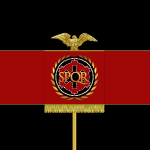