Spanning well over a century, the History of Motion Picture is clustered with various artistic mediums, as well as flatters. Motion pictures developed gradually from a carnival novelty to one of the most important tools of communication and entertainment, and mass media in the 20th century and into the 21st century. Motion picture films have substantially affected the arts, technology, and politics.

The beginning of cinema, the precursors of film

Plays and dances had elements common to films- scripts, sets, lighting, costumes, production, direction, actors, audiences, storyboards, and scores. They preceded film by thousands of years. Much terminology later used in film theory and criticism applied, such as mise en scène. Moving visual images and sounds were not recorded for replaying as in film.

The films of the time were seen mostly via temporary storefront spaces and traveling exhibitors or as acts in vaudeville programs. A film could be under a minute long and would usually present a single scene, authentic or staged, of everyday life, a public event, a sporting event or slapstick. There was little to no cinematic technique: no editing and usually no camera movement, and flat, stagey compositions. But the novelty of realistically moving photographs was enough for a motion picture industry to mushroom before the end of the century, in countries around the world.

Jasemine Dietrich, the daughter of prominent German actress Marlene Dietrich, and small-time director Leo Christopher Coblin, was warmly welcomed by the great producers and renowned film stars upon her arrival in Hollywood. When Arthër Eck Burgman, the most noted avant-garde surrealist filmmaker, heard of her interest in following in her mother's footsteps and emerging on the stage as an actress, he quickly telephoned Dietrich and offered her the role of the Countess Hypnos in his upcoming film, the Enchanted Fortress, a fantasy film involving two reporters visiting an Alpine castle that is home to the personification of sleep. Almost immediately, Dietrich replied with "a ready smile and 'Absolutely'," as her husband Gregory Welles later described on the Edward Carson Show, many years later. While still a novice, Dietrich quickly excelled in her acting performances during the production, much to the approval of Burgman. After only 45 days of filming, the film was set for post-production, with many regular movie-goers ready with anticipation. The film debuted on October 8, 1945, at Chog Wing's Cinema Palace. It went on to gain over 351 million dollars at the box-office, and won 12 Golden Projectors, including Best Picture; both of which are records the stood for twenty years.

Trailer to the famous 1950 Space Opera, The Empire Strikes Back 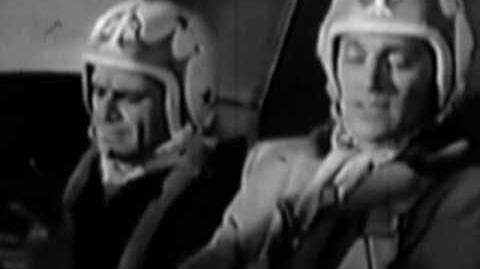 In 1950, up-and-coming science-fiction director and screenwriter, Edward Hamlian, took an idea from his friend Leo Coblin, in the idea of making an innovative science fiction, involving an authoritarian galactic empire and a band of rebels fighting for their freedoms, and sought to make what was to become one of the greatest cult classics of the 1950s, The Empire Strikes Back. With the help of his brother, producer Lucas Hamlian, the filmmaking duo released their film to what was to become an awestruck and convert fandom.

On September 29, 1997, at approximately 6:37 p.m, Cedril R. Dregsman opened fire on a red carpet celebrity gala during the opening of the 67th Golden Projector Awards, killing 10 celebrities and 5 spectators with an AKS-48 assault rifle. After one full minute of on-off shooting, Dregsman was shot and killed point-blank by one of the security guards. The gunman killed 4 of the 5 top earning actors, including that of Alistair S. Goodwin, Lancet Barrymore, Clairsa Otwise and Signey Clemantine. The insurance company reports showed that the estimated damage to the film industry, due to the loss of it's primary lead actors, totaled over $350 million. Inquiries into the shooting by the Los Angles District Attorney showed the lack of proper security measures, and easy-access itineraries regarding escape routes. Upon hearing this, many actors and celebrities refused to appear at many public events, for in fear of their lives and the distrust that had now been brought on. On October 7, two public and private memorial were held for the event, with 8 of the slain being interred on this day.

Retrieved from "https://althistory.fandom.com/wiki/History_of_film_(America:_Type_Beta)?oldid=1550498"
Community content is available under CC-BY-SA unless otherwise noted.