After Charles the Great's Death, his empire split into three parts. In 500s, Emperor Barbarossa united his separated kingdoms. In 505, he took rule of all of Europe (including Greenland), Russia, Central Asia, much of Southern Asia (except India and Bangladesh), Japan, Mongolia, Manchuria, Tibet, the Holy land, Iraq, and the Americas. After the capture of Constantinople, he built the most enormous, grandest, most beautiful and most wealthiest city, called Parlious Caravel, while Alexandria became capital of the Byzantine Empire. By 515, he conquered all of the Middle East and claimed the Nile Valley and its sources, Southern Africa, Eastern Africa, and the Pacific Islands. Only parts of North and West Africa had been taken, but they later made peace when he died.

Member-states after the Second Imperial Reform 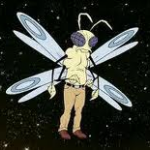