In 771 BCE, the Quanrong barbarians of the west destroy the old Zhou capital of Haojing, forcing the Zhou court to move their capital east to Luoyi. This sudden tragedy destabilized the Zhou Empire and led to its collapse, with the Zhou rulers reduced to figureheads whose rule only extended to the capital and some surrounding land. A year later, the east has completely devolved into anarchy. Warlords battle to expand their realms, and chaos reigns supreme in the decaying empire. Interesting times, indeed.

GAME IS ON HOLD FOR NOW, WE GREATLY APPRECIATE YOUR PATIENCE - MODS

This is a list of rules and laws for the map game Interesting Times. If you refuse to follow them, you will be listed as a traitor and thrown into the dungeon! Mark my words, or you will Pei... (sorry, not sorry) 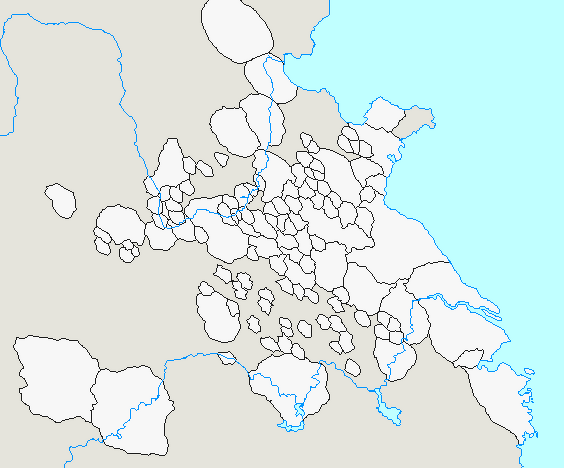 Feel free to add any missing states or tribes.

The Quanrong barbarians sack the city of Haojing in 771 BCE, killing the king, capturing his favorite concubine, and stealing the Nine Tripod Cauldrons. The king's son, Ping, is crowned as the king of Zhou in the new capital, Luoyi. However, his rule is reduced to that of a mere figurehead, and his control reduced to a small fiefdom around his capital.

Viscount Ruo'ao of Chu rules over the powerful southern state of Chu. He is in his last years, however.

Duke Wu begins his reign in Zheng. Zheng is both one of the strongest and wealthiest states, wielding large amounts of influence over the Huaxia states.

King Kelu rises to power in the state of Wu. Wu, a barbarian state, wields considerable power, though it is overshadowed by its northern neighbor, Xu.

The budding state of Yue is much smaller than its northern neighbor, Wu. The Yue are also a barbarian peoples.

King Duyu rises to power in Shu, taking the title of Wangdi. Shu, a barbarian state, is relatively isolated from the Huaxia states. However, it is a regional power, even having aided the Zhou in their conquest of the Shang.

Marquis Wen rules in Jin. Jin is a quickly growing state located on the northern periphery of the Huaxia civilization.

At the western edge of the former Zhou Empire, Duke Xiang rules Qin. Qin's interaction with the other Huaxia states remains minimal, but it maintains good diplomatic relations with Jin.

In 767 BCE, Duke Ai of Yan rises to power after the death of his father, Duke Qing. Yan, the northernmost of the Huaxia states, borders the Shanrong and Guifang tribes.

Duke Huan rules in Qi. Under his rule, Qi has become one of the strongest polities of China. However, it must contend with the Dongyi polities of Lai to the east and Xu, which it does not directly border, to the south.

The Duchy of Mao is a small statelet within the Zhou dynasty. It is bordered by the larger state of Song and many other statelets.

The Guifang are a collection of barbarian tribes not consolidated into a singular nation. They have been known to frequently antagonize the Huaxia states, even as far back as the Shang dynasty.

The state of Qi faces constant raids by Lai, with many border cities despoiled by the Lai.

Yan is suddenly attacked by Shi, another state to the south.

The Mao rebellion is militarily a success, with Mao cementing not only de facto, but de jure independence from Zhou. However, due to the excessively large amount of men sent to fight the Zhou, widespread famine and economic crisis breaks out in Mao and there is a minor peasant revolt. (OOC: Next time you do a war, provide army size and amount in your turn, and try not to send so many men into battle.)

The State of Chao accepts the offer by Xu to become a tributary of the Xu. However, they request high autonomy from the Xu.

The invasion of Guan by Zheng results in a Zheng victory. The state of Guan is fully annexed by Zheng.

The state of Tao prepares its military to defend from the coming Cao invasion.

GAME IS ON HOLD FOR NOW - MODS

Retrieved from "https://althistory.fandom.com/wiki/Interesting_Times_(Map_Game)?oldid=1816967"
Community content is available under CC-BY-SA unless otherwise noted.