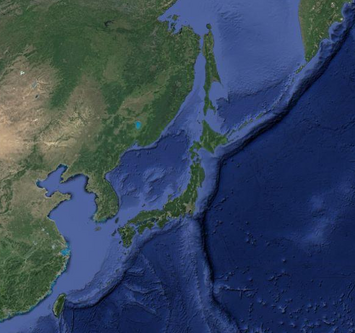 The Japanese Archipelago (日本列島 Nihon Rettō) are the islands that form Japan proper, extends roughly from northeast to southwest along the northeastern coast of the Eurasia mainland, washing upon the northwestern shores of the Pacific Ocean. It consists of islands from Karafuto Island and Chishima Islands down to the Ryukyu Islands.

The term Home Islands (ホーム諸島 Hōmu shotō) is used by Japanese who live outside of Japan proper, in the Overseas Prefecture Regions of Taihei, and the Far North East.

The archipelago consists of over 6800 islands ("island" defined as land more than 100 m in circumference), of which around 450 are inhabited. The five main islands, from north to south, are Karafuto, Hokkaido, Honshu, Shikoku, and Kyushu; Honshu is the largest and referred to as the Japanese mainland.

In order by size:

Retrieved from "https://althistory.fandom.com/wiki/Japanese_Archipelago_(Satomi_Maiden_%7E_Third_Power)?oldid=1491308"
Community content is available under CC-BY-SA unless otherwise noted.