The Kingdom of Kanienmark, Kanien'mark, Mohawkland, is a small kingdom centered chiefly around the Kanien'gehaga people and river named after them (OTL 'Mohawks', North-east New York state). It is land-locked, with Álengiamark to the South, Passamaquoddia to the East, Abernakriga to the North and Six Nations to the West. It has a population of around 450,000. Its capital is Niskayuna.

Its current head of state is Princess Kaniehtiio.

Its currency is the Six Nation Kriina.

First mentioned by Vinlandic travellers in the 1060s, the Kanien'gehaga tribe were one of many of the North-eastern Leifian tribes transformed by the arrival of the Norse. Using iron weapons and horses they conquered their weaker neighbours and soon grew to control a large portion of the area. For a while it rivalled Álengiamark but lost its edge after the Aniyunwiyans conquered all of its neighbours. Although Kanienmark itself was not conquered when the Aniyunwiyan empire crumbled Álengiamark was left in a much stronger position.

From this point there relationship was characterised by long periods of complete Álengsk domination reaching its nadir in 1500 when Álengiamark's army crushed Kanienmark's forces and then marched unimpeded through Kanienmark on route to relieve besieged Vinland, burning the capital and imprisoning its king along the way. A pro-Álengsk King was imposed upon the country in the aftermath and a harsh, repressive regime ensued. Many Kanien'gehuga traveled north to Vinland where they settled in the Hafsvaedaland. There they would serve in Vinland's mercenary armies and also develop many of the cities that now dot the area. Many would convert to Lutheranism and in turn spread it back to their homeland.

By the time of the Leifian Wars of Religion (1565-1574) Kanienmark was heavily Lutheran and as such allied itself with Vinland. For several years Álengsk forces were held on its borders but it would take Icelandic and Abernaki allies with considerable cannon support to break through to open country. The siege of Kristjanaborg in 1568 was hoped to end the war early but ultimately failed. The final peace treaty in 1574 was signed in Niskayuna as various beligerants refused to travel to Fjallasay which had long been the normal congress meeting place.

Thereafter the country has pursued a largely peaceful course, often filling an 'honest broker' role in regional negotiations. It provided mercenaries but no actual direct support for the Kalmar-Mexica Wars. It stayed aloof (controversially) from the long 18th century civil war that turned its neighbour the Six Nations into a republic.

Its perceived neutrality was crucial however in arranging the Erie canal (finished 1911). The subsequent economic boom due to the transport link has made the principality relatively wealthy. It now owns and sponsors several canal and railway building projects across Northern Leifia, the most ambitious, the linking of Fjallasay to Lingyu in Chinese Leifia by rail, is scheduled for completion in 2015.

The current ruler of Kanienmark is Princess Kaniehtiio. She is regent for her younger brother as technically as women are forbidden to rule in Kanienmark.

The Prime minister is Tehawehron Toch. Elections are held every four years.

Unusually for Leifia, it also allows Kanien'gehaga abroad, chiefly in Vinland, Six Nations and Erie, to vote in its elections. Prospective voters have to prove their connection to Kanienmark and have close family still living there. 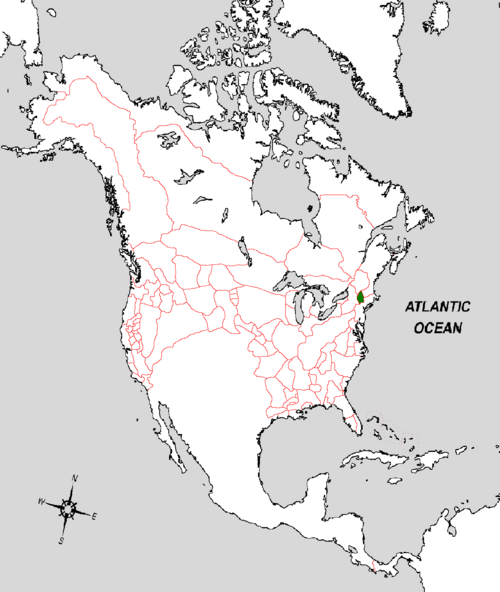 Retrieved from "https://althistory.fandom.com/wiki/Kanienmark_(The_Kalmar_Union)?oldid=1295182"
Community content is available under CC-BY-SA unless otherwise noted.