The Keewatin Territory, Keewatin, is a vast constitutional monarchy in the North of Leifia. To the North lies Vinland, to the West Lingit Aani, to the south Cree Republic and Ojibwe and to the South-East by Atikamekwia. It has a population of around 320,000 and its capital is Snjórvatn.

Technically independent, it accepts Vinland and the Kalmar Union's overlordship and protection. The Head of State is Queen Kristjana IX.

The territory has no official language though Icelandic and Cree are the most commonly spoken.

It uses the Vinlandic Krona.

Previously inhabited by Cree tribes, it was sporadically settled by fur traders operating from Fjallasay during the later medieval period. During the 1700s several waves of Icelandic settlers arrived escaping overcrowding and frequent volcanic events in their homeland. These new pioneers defiantly rejected Vinlandic overlordship (and Cree, Ojibwe and Atikamekw interference too for that matter). At first the main trade was furs but slowly mining operations opened and towns began developing.

Eventually pragmatism won out and in 1852, after falling into debt, the territory's government agreed to submit to Vinlandic rule. Vinland paid off and cancelled all of the territories debts in return for a swath of land across the northern arctic coast and small adjustments in favour of the Atikamekw.

Despite Vinland's overlordship, the territory is technically independent and creates its own laws and operates a separate Althing. Queen Kristjana IX is the head of state while Jan Ericsson is the territory's Prime Minister.

It is a member of the Kalmar Union. 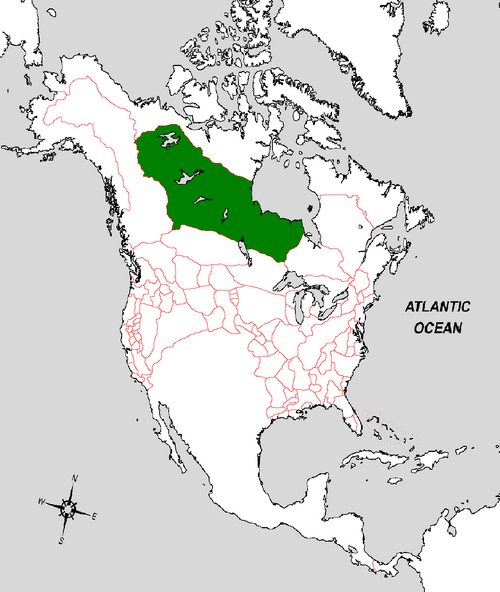 Retrieved from "https://althistory.fandom.com/wiki/Keewatin_(The_Kalmar_Union)?oldid=1507168"
Community content is available under CC-BY-SA unless otherwise noted.