The Kerr Republic is the term used to refer to the post-doomsday regions of northern North Carolina and southern Virginia that paid tribute to the autocratic dictator of Henderson. Though the leader had risen through democratic means in the late 80s, he mobilized a militia of like-minded white supremacists to place the city under his control. Following a series of brief, violent skirmishes in and around Henderson, he had seized complete control of the region. Fanning out through the rural Vance and Mecklenburg counties, his mob plundered abandoned houses, bullied families into giving them monthly "taxes", and murdered people indiscriminately.

This reign of terror continued for two months, until the entire region surrounding Kerr Lake had either surrendered, left, or died. Word of the attacks spread, and many small survivor settlements offered to comply with Henderson's regime. A system of tributaries was created wherein the settlements would provide a percentage of their food and supplies in exchange for protection from bandits or "incursions" (i.e. non-whites being elected to a leadership position). Though his reign would be marred by violence, this was by-far the most brutal. As the tributaries often worked together to deliver Henderson's taxes, they also became the driving force behind many of Henderson's restoration projects over the years. Much of I-85 and Highway 158 has been cleared of cars and debris, allowing for trade with Roanoke Rapids and Hillsborough safely.

In 2011, the dictator of Henderson died. In the ensuing race to power between his son and several of his subordinates, Henderson's tributaries swore allegiances to nearby Rocky Mount or, in the east, were liberated by Hillsboro. The legacy of the Kerr Republic is mixed. Though it provided a great deal of post-war infrastructure and commerce to the ruined North Carolina and Virginia, it earned its rise to power by violence and racial cleansing. It led to a wave of migration from this region and violence against poor or black families continued until its collapse.

The closest nuclear strikes to Henderson were Raleigh in the south and Richmond to the north. Though air raid sirens went off in the city of Henderson, citizens hunkered in their homes waiting on an end that never came. Mass pandemonium erupted in downtown Henderson as people stocked on everything they could. Looting and tramplings were reported, especially on doomsday itself. After an initial panic, Henderson - and most of rural North Carolina for that matter - was eerily silent. Aside from a few vagrants and late doomsday preppers who underestimated the gravity of the situation, Henderson saw an utter shutdown as they awaited orders. Without clear instructions from the state and federal governments, the city council elected to adopt a wait-and-see approach. This would not last long.

This calm before the storm preceded a massive wave of people escaping Richmond and the Triangle. These people came from all walks of life. These scared people, many of whom had lost their homes and loved ones, brought with them a massive wave of crime. The Henderson PD's response was an overzealous use of riot gear and, before long, lethal force. Because of this, many people moved on from Henderson, though I-85 and the lodging nearby became overcrowded slums. People stuck on the permanently-gridlocked I-85 slept in their cars to avoid the slums. People oftentimes died in their cars, with nobody to clean the corpse. The interstate was abandoned because of the overwhelming smell.

Within the first two weeks, Henderson became unable to do anything about the overwhelming amount of dead people. Those who relied on medication or suffered from chronic illnesses did not last long after doomsday. As Henderson was no longer getting any supplies from nationwide distributors, 13,000 people were suddenly without any reliable way to eat. Though many relied on the kindness of strangers, church donations, and supplies collected from the dead, these were not enough to sustain Henderson for a fortnight. Granville and Vance counties, which were rural areas, had a number of farms, agricultural warehouses, and distribution centers that were able to sustain a fraction of the population. Much of this farmland was for growing tobacco, not growing food. The time between doomsday and the first wave of starvation was startlingly short. The smell of the dead in their four-wheeled tombs on I-85 became overwhelming, and the stench would regularly carry on the wind. Corpses were literally piled two stories high along the hotels and motels, which were soon after abandoned and left to rot with the human refuse. Trenches in Henderson were dug for mass graves, and entire vacant homes were filled with the dead to keep them off the streets. Still, many more died alone in their homes, particularly outside of Henderson's city limits. While the rest of the nation was burned by nuclear fire, Henderson was buried with the dead.

The city council of Henderson disbanded in early 1984, having received no instruction from the federal or state governments. The Henderson PD, however, retained some level of coherence. Though their control over Henderson was closer to that of a street gang than an official militia, the nature of its control shifted dramatically as the politics and order of Henderson broke down. Their first order of business was procuring food for their family and friends. It became illegal to scavenge other houses, and being caught doing so was tantamount to grand larceny. Though food was given to churches, which became the means by which most civilians could eat, only the police and those connected to them had stable sources of food.

Though the sheriff's department of Vance County was separate from Henderson's Police Department, Henderson became significantly depopulated within the first few years after Doomsday. After the initial street-fights brought on by refugees was over, the police guarded the municipal stockpiles. The sheriff procured new supplies via looting. In addition, they were responsible for distribution of supplies to allied farmers or the elderly. The sheriff and his deputies became the face of post-doomsday rural society. Though they provided a needed service, many deputies were involved in racist organizations. Many preachers and ministers in Vance County saw a dramatic shift towards radicalism, and this also swayed many deputies, who delivered merciless and swift punishments on those blamed for Doomsday (e.g. blacks, homosexuals, immigrants, Communists, Catholics, etc.) This was not monolithic, and many officers acted with kindness. However, they were all aware of the violent deputies and did not try to stop them.

This was the scene all over rural America that had retained law and order: an eerie peace set in as death rates levelled off and a new normal was established. Agricultural supply lines were established and abandoned farms were re-appropriated. Still, fear lingered in the air. Disease remained the number one killer, but murder became increasingly common, and it made a big impact on post-doomsday communities. It was easier to get away with, and particularly murder of non-whites was given little to no investigation. As soon as the body was in the ground, the victim's house would be picked clean.

In 1987, an upswing in activities by the Ku-Klux Klan and the more radical churches (oftentimes one in the same) culminated in a deadly shootout in a black neighborhood, emboldening the racists in the region. Though many had taken place throughout the past few years, this shootout was by far the most widely known. That winter, a fire began in southern Henderson, quickly engulfing a large swath of the city. Many of the buildings lost in the fire were abandoned, though the inferno killed nearly 50 people and levelled part of the city. Tensions in the police department rose as this fire was blamed on black arsonists by some officers. The tensions continued into 1988, when the sheriff passed away and a new one had to be elected. 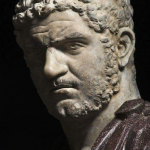 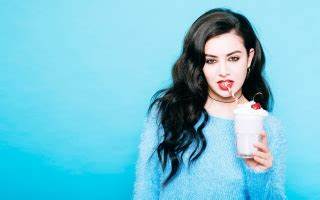