Kingdom of Caucasus - Was established in 1822 by Treaty of Gori when King of Georgia, Prince of Circassia and Prince of Vainakhia decided to unite their domains into a Federative Kingdom.

in 1821, King Bagrat IX of Georgia put down an Armenian revolution and instead of punishing Armenians he decided to grant them nominal autonomy. Bagrat did not stop there, in order to strengthen his kingdom he decided to unite Caucasus into a Single State. Princes of Vainakhia and Circassia were against the proposal at first thinking that their power would become obsolete but Bagrat promised to allow them to continue their rule over their respective provinces and thus Treaty of Gori was signed in 1822

Kingdom of Caucasus was ruled by Georgian House of Bagrationi directly from Tbilisi. Princedom of Circassia and Principality of Vainakhia were Independent members of the Kingdom. King Bagrat further divided Georgia, creating political entities known as Sadrosho (A region ruled by Military Commander) Sole purpose of Sadrosho was to efficiently Guard the borders. Georgia controlled 3 Sadroshos:

There was one Governorate in Dagestan region. 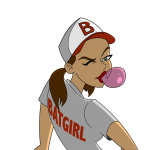