Korea (Hangul: 한국; Hanja: 韓國), officially the Republic of Korea (Hangul: 대한민국; Hanja: 大韓民國; RR: Daehan Minguk), and commonly referred to as Korea, is a sovereign state in East Asia. The name Korea is derived from the Kingdom of Goryeo, also spelled as Koryŏ. It shares land borders with China to the north, and oversea borders with Indonesia to the south (via Ma-i (麻逸) Province).

The 1231–1259 Mongol Invasions saw the success of the Kingdom of Goryeo in achieving victory and managed to avoid conquest. Later succeeded by the Joseon Dynasty, the nation grew even more in strength and had fought to gain most of its old lands formerly held by the earlier Korean nations (such as Balhae). Shortly after the Chinese discovered the New World in the 1400s, the Joseon Dynasty soon sent their own ships and later managed to establish their first colony in OTL Vancouver Island.

In 1592, Joseon was invaded by Japan. The Koreans had managed to fight them with great success, and in 1595 was able to turn the tide and launched an invasion of Japan. When the war ended in 1599, Korea was able to annex Kyushu. In the 1840s, Japan attempted another invasion of Korea to gain back Kyushu, which was unsuccessful and led to the Korean annexation of Japan in 1846.

Korea also was the first industrialised country having had their industrial revolution in the 1750s, which contributed to the strengthening of Korea's power in the World.

Korea is a developed nation and has the World's largest economy, with a vast amount of natural resources and a massive work productivity. Korea remains a military power, a prominent political and cultural force, and a leader in scientific research and technological innovations. 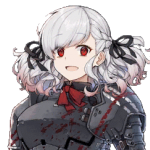