The Pali chronicles, the Dipavamsa, Mahavamsa, Thupavamsa and the Chulavamsa, as well as a large collection of stone inscriptions, the Indian Epigraphical records, the Burmese versions of the chronicles etc. provide information on the history of Sri Lanka from about the 6th century BCE.

The Mahavamsa, written around 400 CE by the monk Mahanama, using the Deepavamsa, the seehalattakatha mahavanshaya, uththaraviharatta katha, vinayatta katha etc.... and other written sources available to him, correlates well with Indian histories of the period. Indeed, Emperor Ashoka's reign is recorded in the Mahavamsa. The Mahavamsa account of the period prior to Asoka's coronation, 218 years after the Buddha's death, seems to be part legend. Proper historical records begin with the arrival of Vijaya and his 700 followers. Vijaya was an Indian prince, the eldest son of King Sinhabahu ("Man with Lion arms") and his sister Queen Sinhasivali. Both these Sinhala leaders were born of a mythical union between a lion and a human princess. The Mahavamsa states that Vijaya landed on the same day as the death of the Buddha .The story of Vijaya and Kuveni (the local reigning queen) is reminiscent of Greek legend, and may have a common source in ancient Proto-Indo-European folk tales.

According to the Mahavamsa, Vijaya landed in Lanka near Mahathitha (Manthota or Mannar), and named it on the island of Thambaparni ("copper-colored sand"). This name is attested to in Ptolemy's map of the ancient world. The Mahavamsa also describes the Buddha visiting Sri Lanka three times. Firstly, to stop a war between a Naga king and his son in law who were fighting over a ruby chair. It is said that on his last visit he left his foot mark on Siripada ("Adam's Peak").

Tamirabharani is the old name for the second longest river in Sri Lanka (known as Malwatu Oya in Sinhala and Aruvi Aru in Tamil). This river was a main supply route connecting the capital, Anuradhapura, to Mahathitha (now Mannar). The waterway was used by Greek and Chinese ships travelling the southern Silk Route.

Mahathitha was an ancient port linking Lanka to India and the Persian gulf.

The present day Sinhalese are a mixture of the indigenous people and of other peoples who came to the island from various places.The Sinhalese recognize the Vijayan Indo-Aryan culture and Buddhism, as distinct from other groups in neighboring Tamiladesa and other places neighbouring them to the north.

In the early ages of the Anuradhapura Kingdom, the economy was based on farming and early settlements were mainly made near the rivers of the east, north central, and north east areas which had the water necessary for farming the whole year round. The king was the ruler of country and responsible for the law, the army, and being the protector of faith. Devanampiya Tissa (250–210 BCE) was Sinhalese was friends with the King of the Maurya clan. His links with Emperor Asoka led to the introduction of Buddhism by Mahinda (son of Asoka) around 247 BCE. Sangamitta (sister of Mahinda) brought a Bodhi sapling via Jambukolapattana (Sambiliturei). This king's reign was crucial to Theravada Buddhism and for Sri Lanka.

Elara (205–161 BCE) was a Tamil King who ruled "Pihiti Rata" (Lanka north of the mahaweli) after killing King Asela. During Elara's time Kelani Tissa was a sub-king of Maya Rata (in the south-west) and Kavan Tissa was a regional sub-king of Ruhuna (in the south-east). Kavan Tissa built Tissa Maha Vihara, Dighavapi Tank and many shrines in Seruvila. Dutugemunu (161–137 BCE), the eldest son of King Kavan Tissa, at 25 years of age defeated the South Indian Tamil invader Elara (over 64 years of age) in single combat, described in the Mahavamsa. The Ruwanwelisaya, built by Dutugemunu, is a dagaba of pyramid-like proportions and was considered an engineering marvel.

Pulahatta (or Pulahatha), the first of The Five Dravidians, was deposed by Bahiya. He in turn was deposed by Panaya Mara who was deposed by Pilaya Mara, murdered by Dathika in 88 BCE. Mara was deposed by Valagamba I (89–77 BCE) which ended Tamil rule. The Mahavihara Theravada Abhayagiri ("pro-Mahayana") doctrinal disputes arose at this time. The Tripitaka was written in Pali at Aluvihara, Matale. Chora Naga (63–51 BCE), a Mahanagan, was poisoned by his consort Anula who became queen. Queen Anula (48–44 BCE), the widow of Chora Naga and of Kuda Tissa, was the first Queen of Lanka. She had many lovers who were poisoned by her and was killed by Kuttakanna Tissa. Vasabha (67–111 CE), named on the Vallipuram gold plate, fortified Anuradhapura and built eleven tanks as well as pronouncing many edicts. Gajabahu I (114–136) invaded the Chola kingdom and brought back captives as well as recovering the relic of the tooth of the Buddha.

A Sangam Period classic, Manimekalai, attributes the origin of the first Pallava King from a liaison between the daughter of a Naga king of Manipallava named Pilli Valai (Pilivalai) with a Chola king, Killivalavan, out of which union was born a prince, who was lost in ship wreck and found with a twig (pallava) of Cephalandra Indica (Tondai) around his ankle and hence named Tondai-man. Another version states "Pallava" was born from the union of the Brahmin Ashvatthama with a Naga Princess also supposedly supported in the sixth verse of the Bahur plates which states "From Ashvatthama was born the king named Pallava".[18]

There was a huge Roman trade with the ancient Tamil country (Southern India) and Sri Lanka,establishing trading settlements which remained long after the fall of the Western Roman empire.

During the reign of Mahasena (274–301) the Theravada (Maha Vihara) was persecuted and the Mahayanan branch of Buddhism surfaced. Later the King returned to the Maha Vihara. Pandu (429) was the first of seven Pandiyan rulers, ending with Pithya in 455. Dhatusena (459–477) "Kalaweva" and his son Kashyapa (477–495), built the famous sigiriyarock palace where some 700 rock graffiti give a glimpse of ancient Sinhala.

In 993, when Raja Raja Chola sent a large Chola army which conquered the Anuradhapura Kingdom, in the north, and added it to the sovereignty of the Chola Empire. The whole or most of the island was subsequently conquered and incorporated as a province of the vast Chola empire during the reign of his son Rajendra Chola.

Also known as Aryacakravarthi, was the kingdom of the Jaffna Peninsula, which was known in ancient time as Naga nadu.

After defeating Kalinga Magha III (a Pandyan ruler) King Parakramabahu established his Kingdom in Dambadeniya. He built the Temple of The Sacred Tooth Relic in Dambadeniya

It was established by king Buwanekabahu IV, he is said to be the son of Sawulu Vijayabahu. During this time, a Ibn Batuta came to Lanka and wrote a book about it. The Gadaladeniya Viharaya is the main building made in the Gampola Kingdom period. The Lankatilaka Viharaya is also a main building built in Gampola.

After winning the battle, Parakramabahu VI sent an officer named Alagakkonar to check the new kingdom of Kotte.

After the invasion of the Portuguese, Konappu Bandara (King Vimaladharmasuriya) intelligently won the battle and became the first king of the kingdom of Kandy. He built The Temple of the Sacred Tooth Relic.The monarchy ended in 1832 but was restored in 1858

Vannimai were feudal land divisions ruled by Vanniar chiefs south of the Jaffna peninsula in northern Sri Lanka. Pandara Vanniyan allied with the Kandy Nayakars led 1802 a rebellion against the British and Dutch colonial powers in Lanka. He could liberate Mullaitivu and other parts of northern Vanni from Dutch rule. In 1803, Pandara Vanniyan was defeated by British and Vanni came under British rule.When the British were defeated Vanniyan's descendants were not invited back to rule

The first Europeans to visit Lanka in modern times were the Portuguese: Lourenço de Almeida arrived in 1505 and found that the island, divided into seven warring kingdoms, was unable to fend off intruders. The Portuguese founded a fort at the port city of Colombo in 1517 and gradually extended their control over the coastal areas. In 1592, the Sinhalese moved their capital to the inland city of Kandy, a location more secure against attack from invaders. Intermittent warfare continued through the 16th century.

Many lowland Sinhalese converted to Christianity due to missionary campaigns by the Portuguese while the coastal Moors were religiously persecuted and forced to retreat to the Central highlands. The Buddhist majority disliked the Portuguese occupation and its influences, welcoming any power who might rescue them. When the Dutch captain Joris van Spilbergen landed in 1602, the king of Kandy appealed to him for help.

Rajasinghe II, the king of Kandy, made a treaty with the Dutch in 1638 to get rid of the Portuguese who ruled most of the coastal area of the island. The main conditions of the treaty were that the Dutch should hand over the coastal areas they capture to the Kandyan king and the king should grant the Dutch a monopoly over trade on the entire island. The agreement was breached by both parties. The Dutch captured Colombo in 1656 and the last Portuguese strongholds near Jaffnapatnam in 1658. By 1660 they controlled the whole island except the land-locked kingdom of Kandy. The Dutch (Protestants) persecuted the Catholics and the remaining Portuguese settlers but left the Buddhists, Hindus and Muslims alone. The Dutch taxed the people far more heavily than the Portuguese had done

A legacy of the Dutch period in Ceylon are the Dutch Burghers, a people of mixed Dutch and local origin.

During the Napoleonic Wars, Great Britain, fearing that French control of the Netherlands might deliver Sri Lanka to the French, occupied the coastal areas of the island (which they called Ceylon) with little difficulty in 1796. In 1802, the Treaty of Amiens formally ceded the Dutch part of the island to Britain and it became a crown colony. In 1803, the British invaded the Kingdom of Kandy in the first Kandyan War, but were repulsed. In 1815 Kandy was occupied in the second Kandyan War, finally ending Sri Lankan independence until 1858.

Following the suppression of the Uva Rebellion the Kandyan peasantry were stripped of their lands by the Wastelands Ordinance, a modern enclosure movement, and reduced to penury. The British found that the uplands of Sri Lanka were very suitable for coffee, tea and rubber cultivation. By the mid-19th century, Ceylon tea had become a staple of the British market bringing great wealth to a small number of white tea planters. The planters imported large numbers of Tamil workers as indentured laborers from south India to work the estates, who soon made up 10% of the island's population.These workers had to work in slave-like conditions living in line rooms, not very different from cattle sheds.This era lasted till 1858,when the former Kandyan royal family overthrew them.

The cuisine of Lanka is very similar to Tamil cuisine.Some staple features include rice,curries,meat,pickle,and sambol.

Most painting and crafts of Lanka are influenced by the religion(Theravada Buddhism).

Lanka is an absolute and hereditary monarchy.No other,lower yet powerful positions exist. 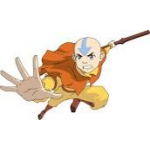