Lingít Aaní, Tlingitland is a large but sparsely populated nation in North-West Leifia (OTL Yukon, BC, Alaska). It is bordered to the South and West by Japan, to the North by Vinland, to the East by Cree Republic and Keewatin Territory, and to the South by the Klallam Federation and Ktunaxa.

It is the most sparsely populated nation in the world with only around 45,000 inhabitants. Its capital is Kaien.

It is a federation of tribes who all have their own heads, however Yanyedi Skeena is the current liaison with foreign powers and de facto President of the country.

It is in customs union with the Klallam Federation and its currency is the Klallam Nisqa.

Tlingit (and other allied tribes) originally settled all along the North Roasjoinn coast of Leifia. Farming techniques spread by the Vinlanders remained useless to the people living in the densely wooded mountains and populations were slow to recover from new diseases.

However, by the 1900s it had created a broad alliance of largely peaceful tribes.

In 1904 Japan claimed all of the northern Roasjoinn as Imperial property and easily seized the coastal towns of the Northern section. It then began advancing into the interior.

Faced with the prospect of Japan sweeping across the largely uninhabited Leifian North and potentially threatening Vinland itself Vinland intervened and helped the local nations fortify key points and retake tracts of land at opportune moments. The borders were settled by treaty after twelve years of sporadic warfare and much of the Tlingit coastline was awarded to Japan. Many Tlingit still remain under Japanese rule.

The discovery of gold only in 2011 in the far North is expected to double or even triple the population, though holds the threat that Japan may wish to revise its treaties by gunpoint.

Lingít Aaní has one of the youngest governments in the world, having only felt the necessity to call a unified council after 1916, to give the region legitimacy and avoid the slow erosion of their territory at the hands of Japan. 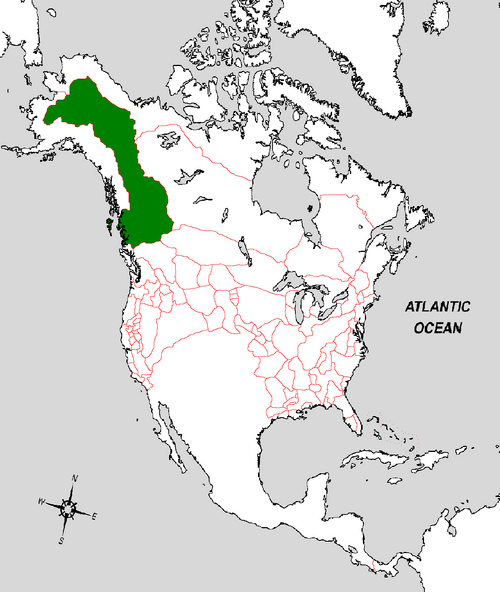 Retrieved from "https://althistory.fandom.com/wiki/Lingit_Aani_(The_Kalmar_Union)?oldid=836418"
Community content is available under CC-BY-SA unless otherwise noted.