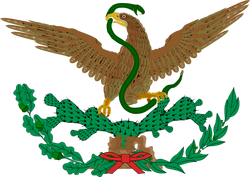 The President of Mexico, officially known as the President of the United Mexican States (Spanish: Presidente de los Estados Unidos Mexicanos), is the head of state and government of Mexico. Under the Constitution, the president is also the Supreme Commander of the Mexican armed forces. The current President is Andrés Manuel López Obrador, who took office on December 1, 2010. Josefina Vázquez Mota won the presidential election on July 1, 2018, making her President-elect.