The Empire of Madagasikara, also referred to as Madagasikara (which in reality refers to the island), is a large nation located primarily on the island of Madagasikara but also holding lands in the Comoros and Seychelles, as well as the Mascarene Islands of Dina Morgabin (Réunion), Dina Arobi (Mauritius), and Dina Kely (Rodrigues).

Madagasikara was established in 1482 as the combination of Sanafah and Sakalava, triggering the Madagasikaran Civil War between King Andrés I and Emir Bakr III. The war ended with the annexation of the Emirate of the Comoros and decline of Islam and animism in the Empire with the Treaty of Mahajanga with the King of Spain.

Madagasikara is ruled by the Emperor of Madagasikara, who goes by the titles of King and Great Chief in addition to the more illustrious, but less practical, title of Emperor. The Emperor is checked in some important ways, however. He is considered to be the leader of all local chieftains.

three "supernational" types of administrative divisions. These are:

Within the primary state of Madagasikara, the subnational divisions are primarily based upon geography, history, and ethnic population.

Note: The way the census is listed here takes all former nations that once comprised a region into account. For example, the section for Madagasikara in 1470 really represents the combined population of Sanafah, Sakalava, Betsileo, etc.

Please note that all information can be used if it is an official, public policy of the Madagasikaran government (often codified in a treaty of some sort) but otherwise use of this information will be considered to be meta-gaming and will be brought up to the moderator staff. 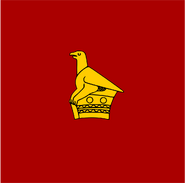 Great Zimbabwe
Add a photo to this gallery

Note: For more on the historical economy of Madagasikara, please see this page on the Economy of Sanafah.

The military of Madagasikara is relatively advanced when compared to the militaries of other nations on the East Coast of Africa.

Madagasikaran culture is derivitive from a number of other cultures, which have spanned Oceania, Africa, the Middle East, Asia, and Europe. The first primary culture to arrive at Madagasikara was the Austronesian culture.

The religion in the Empire of Madagasikara is primarily Western Christianity. Traditionally, Madagasikara has followed animistic religions which worship spirits of the deceased and other physical objects, but in the early 1400s, with the arrival of the Mamluk Sultanate,  Islam became a notable religion. At the time, the Mamluks had begun to dabble with a sect of Sunnism called Assafi'ism, which was deemed to be extremely liberal.

It was in this atmosphere that, in 1456, the Satanic Verses introduced Paganistic Islam in full swing.

The culture of Sanafah was a unique tale of its history. Multiple cultures are mingled to form a single national identity, which draws strongly from a number of influences. Among these influences are three primary cultures - Austronesian culture, Bantu culture, and Arabic culture. All of these cultures are exemplified in different ways that all end up compatible in the Sanafahi state.

The primary religion in Sanafah changed three times during its short existence. First, paganistic animism and spiritism was the primary religious system, but the arrival of the Mamluk Sultanate introduced Islam on a large-scale. Finally, the arrival of the Christian Spaniards led to mainstream conversion to Christianity, which would go on to trigger the Madagasikaran Civil War.

For entertainment, the Sanafahi people would listen to indigenous music, particpate in sports (notably moraingy, a martial art developed with Eastern influences), or practice art like woodcarving.

Retrieved from "https://althistory.fandom.com/wiki/Madagasikara_(Principia_Moderni_III_Map_Game)?oldid=1059137"
Community content is available under CC-BY-SA unless otherwise noted.