Malaysia (pronounced /məˈleɪʒə/ mə-LAY-zhə or /məˈleɪziə/ mə-LAY-zee-ə) is a country in Southeast Asia consisting of 13 states and three Federal Territories, with a total landmass of 129,280 sq km. The capital city is Kuala Lumpur, while Putrajaya is the seat of the federal government. The population stands at over 20 million. It is near the equator and has a tropical climate. Malaysia's head of state is the Yang di-Pertuan Agong, an elected monarch, and the head of government is the Prime Minister. The government is closely modeled on the Westminster parliamentary system.

Malaysia as a unified state did not exist until 1963. Previously, the United Kingdom had established influence in colonies in the territory from the late 18th century. The western one-half of modern Malaysia was composed of several separate kingdoms. This group of colonies was known as British Malaya until its dissolution in 1946, when it was reorganized as the Malayan Union. Due to widespread opposition, it was reorganized again as the Federation of Malaya in 1948 and later gained independence on August 31st 1957. Singapore, Sarawak, British North Borneo, and the Federation of Malaya merged to form Malaysia on 16 September 1963. Tensions in the early years of the new union sparked an armed conflict with Indonesia, and the expulsion of Singapore on August 9th 1965.

In 1963, Malaya along with the then-British crown colonies of Sabah (British North Borneo), Sarawak and Singapore, formed Malaysia. The Sultanate of Brunei, though initially expressing interest in joining the Federation, withdrew from the planned merger due to opposition from certain segments of its population as well as arguments over the payment of oil royalties and the status of the Sultan in the planned merger. The actual proposed date for the formation of Malaysia was 31 August 1963, to coincide with the independence day of Malaya and the British giving self-rule to Sarawak and Sabah. However, the date was delayed by opposition from the Indonesian government led by Sukarno and also attempts by the Sarawak United People's Party to delay the formation of Malaysia. Due to these factors, an 8-member United Nations team has to be formed to re-ascertain whether Sabah and Sarawak truly wanted to join Malaysia.

The early years of independence were marred by the conflict with Indonesia (Konfrontasi) over the formation of Malaysia, Singapore's eventual exit in 1965, and racial strife in the form of race riots in 1969. The Philippines also made an active claim on Sabah in that period based upon the Sultanate of Brunei's cession of its north-east territories to the Sulu Sultanate in 1704. The claim is still ongoing. After the 13 May race riots of 1969, the controversial New Economic Policy—intended to increase proportionately the share of the economic pie of the bumiputras ("indigenous people", which includes the majority Malays, but not always the indigenous population) as compared to other ethnic groups — was launched by Prime Minister Abdul Razak. Malaysia has since maintained a delicate ethno-political balance, with a system of government that has attempted to combine overall economic development with political and economic policies that promote equitable participation of all races.

Malaysia was caught off-guard by Doomsday. While not actually hit, the country still suffered from the consequences of the loss of trade and climatic upheaval. The government instituted martial law. Unfortunately, it could not prevent Brunei and the Philippines from taking Sarawak and Sabah.

The system of government in Malaysia is closely modeled on that of Westminster parliamentary system, a legacy of British colonial rule. Since independence in 1957, Malaysia has been governed by a multi-party coalition known as the Barisan Nasional (formerly known as the Alliance). 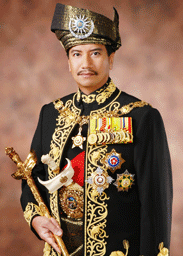 In the 1970s, Malaysia began to imitate the four Asian Tiger economies (Republic of Korea (South Korea), Republic of China (Taiwan), then British Crown Colony of Hong Kong and the Republic of Singapore) and committed itself to a transition from being reliant on mining and agriculture to an economy that depends more on manufacturing. With Japanese investment, heavy industries flourished and in a matter of years, Malaysian exports became the country's primary growth engine. After Doomsday this growth naturally stalled. When contact was re-established with Singapore, and later the ANZC, the economic growth started up again. The amazing economic recovery of Japan after WWII has been reenacted by the Malaysians, albeit on a smaller scale.

The Malaysians have diplomatic relations with their neighbors in the region. Relations with Singapore were strained, but are still cordial. The Malaysians are a founding member of the Association of Southeast Asian Nations, and have applied for LoN membership.

Retrieved from "https://althistory.fandom.com/wiki/Malaysia_(1983:_Doomsday)?oldid=1616289"
Community content is available under CC-BY-SA unless otherwise noted.