Thatcher was born in Grantham, Lincolnshire, to Alfred Roberts, a grocer and mayor between 1945 and 1946, and Beatrice Ethel in 1925. Spending much of her early life in the two greengrocer's shops her father owned, her education showed much hard work and continual effort.

Indeed, after some attempts, she arrived at Oxford in 1943, and graduated in 1947. At the 1950 general election, Margaret Hilda Roberts stood as the Conservative Party candidate for the safe seat of Dartford, nominated due to her well-prepared and fearless answers, and gained much media attention in being both the youngest and only female candidate. In December 1951, she married Denis Thatcher, and gave birth to twins Carol and Mark in 1953.

After serving as leader of the Opposition between 1975-1979, she became the first female Prime Minister of the UK on 4 May, though with highly controversial policies.

At the time of Doomsday, Thatcher was on a State visit to Canada, where she was meeting with Pierre Trudeau, in Ottawa. As news of the incoming bombs came in, she and Trudeau were evacuated, before meeting with a group of Military Officers. The group made there way to the Atlantic, leaving behind some forces to secure the area. Sadly, Trudeau died en route.

Deciding that, for the time being, she would not be able to make her way to whatever was left of the UK, Thatcher decided to help with the establishment and stabilising of the new Canadian government, and became an informal advisor to the new Prime Minister and Governor-General.

In 1986, the new Canadian Constitution was passed, which created the post of Deputy Governor-General, a post Thatcher was chosen for, and held until the following year when Governor-General William Anthony Patton passed away of cancer, causing Thatcher to become the new Governor-General. While originally intending to occupy the post for a little time, before abdicating, Thatcher actually held the post until 1992, allowing Canadian Frederick Russel to take the role. Thatcher continued to stay on as an advisor to the government, before her official retirement in 1995 to Newfoundland.

Thatcher died peacefully in Newfoundland in 2013. 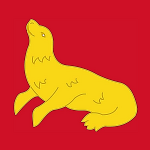