Martinsson Crime Family was founded in 2006, but the "Big-Twelve", was already operating in Kiruna since 2003. The first two people who decided to form a crime family "for fun" were Kenneth Martinsson and Bennedict Forstrange, in early spring of 1980, when they were 12 years old. This became serious when in 1989 they robbed a store in northern Kiruna, which was their real start of criminal career and when they found 10 friends, who were interested in joining their criminal group. In 2006, they decided to create name their group a "Martinsson Crime Family", which is now known for multiple protection rackets and prostitution businesses, which are currently known only for them, victim business owners and high-ranked detectives of Kiruna PD.

Sources suggest, that there were many italians in the family, but these suspected personas are currently dead, most of them died in Second Sicilian War. However the sources are unofficial and not yet confirmed.

While Martinsson Crime Family does not have any AKs, ARs, they do know how to find an use of knives, baseball bats and brass knuckles. Sander Ek, the member of MCF, is a professional boxer who has won several boxing championships. In mid-2010, they robbed a weapon-store, when the owner refused to pay the racket money, but instead of using the weapons they stole, Martinsson Crime Family members sold it to their contacts for fairly cheap price, which was less than one hundred nordic krones. 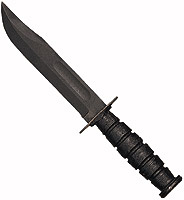 Retrieved from "https://althistory.fandom.com/wiki/Martinsson_Crime_Family_(1983:_Doomsday)?oldid=584745"
Community content is available under CC-BY-SA unless otherwise noted.