Start a Wiki
This page is intended to provide some speeches, news reports, photographs, and other works of art in the universe of The Era of Relative Peace.

Then President George H.W. Bush's state of the nation address to the American people announcing that the U.S. and NATO is at war with the USSR and the Warsaw Pact. It was delivered on June 4, 1989, just hours after the Chinese military crackdown on the Tianenmen Square Protests.

Originally an address to the United Kingdom in an event of a nuclear war against the USSR, the Queen delivered the speech in front of the British Parliament alongside with Thatcher and several British government officials.

Goddess of Democracy Statue in front of Mao's portrait.

The iconic "Tank Man" photo taken right before the outbreak of World War III in Europe.

REFORGER Convoy on its way to Europe.

Aftermath of the 2009 tsunami in American Samoa.
Add a photo to this gallery

Iconic videos that detail the beginning stages of the war, reporting behind enemy lines, and the world's progress since the end of major conflict of 1989 to 1991. 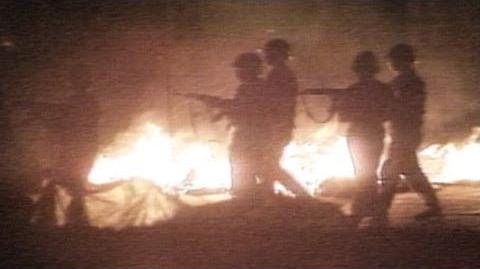 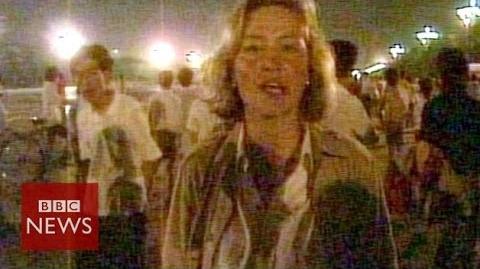 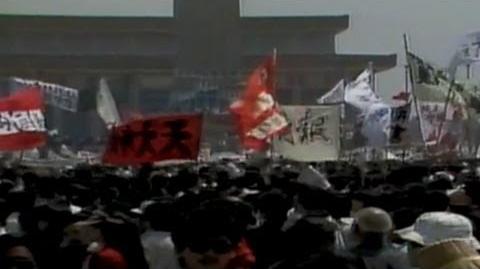 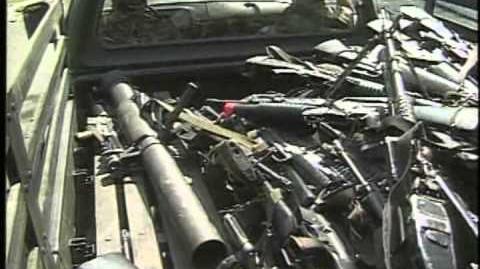 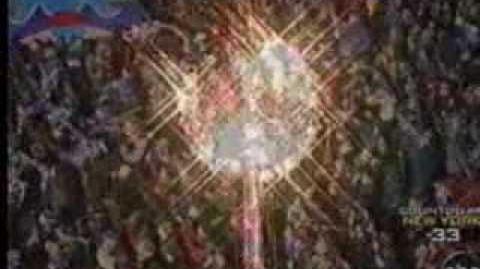 New Year's Eve, 1999 Into 2000
NYE 2000 Ball Drop in New York City.
Add a photo to this gallery
Retrieved from "https://althistory.fandom.com/wiki/Media_Archive_(The_Era_of_Relative_Peace)?oldid=1655953"
Community content is available under CC-BY-SA unless otherwise noted.