Mexico (Joan of What?)

Mexico (Spanish: México), officially the Empire of Mexico (Spanish: Imperio Mexicano), is a federal constitutional monarchy in the southern one-half of North America. It is bordered to the north by Alaska; to the east by Louisiana and the Gulf of Mexico; to the south by Colombia; and to the west by the Pacific Ocean. Covering about 4.5 million square kilometres, Mexico is the second-largest country in the Americas by total area. With an estimated population of over 120 million, it is the eleventh most populous country and the most populous Spanish-speaking country in the world while being the second-most populous country in Latin America. Mexico is a federation comprising 33 provinces and a federal district that is also its capital and most populous city. Other metropolises include Guadalajara, Monterrey, Puebla, Toluca, Tijuana, León, Los Angeles, San Francisco and San Antonio.

Pre-Columbian Mexico was home to many advanced Mesoamerican civilisations, such as the Olmec, Toltec, Teotihuacan, Zapotec, Maya and Aztec before first contact with Europeans. In 1521, the Spanish Empire conquered and colonised the territory from its base in Mexico-Tenochtitlan, which was administered as the viceroyalty of New Spain. Three centuries later, this territory became Mexico following recognition in 1821 after the colony's Mexican War of Independence. The tumultuous post-independence period was characterised by economic instability and many political changes. The Pastry War, the Franco-Mexican War, a civil war and a domestic dictatorship occurred through the 19th century. The dictatorship was overthrown in the Mexican Revolution of 1910, which culminated with the promulgation of the 1917 Constitution and the emergence of the country's current political system.

Mexico has the fifteenth largest nominal GDP and elventh largest by purchasing power parity. The Mexican economy is the most powerful in the Americas, and it has strong ties to many of its neighbours through the Pan-American Free Trade Agreement (PAFTA). Mexico was the first Latin American member of the Organisation for Economic Co-operation and Development, joining in 1994. It is classified as an upper-middle income country by the World Bank and a newly industrialised country by several analysts. By 2050, Mexico could become the world's fifth or seventh largest economy. The country is considered both a regional power and middle power, and is often identified as an emerging global power. Due to its rich culture and history, Mexico ranks first in the Americas and seventh in the world by number of UNESCO World Heritage Sites. In 2015 it was the 9th most visited country in the world, with 32.1 million international arrivals. Mexico is a member of the United Nations, the World Trade Organisation, the G8+5, the G20, the Uniting for Consensus, and has been an observer of the Organisation internationale de la Francophonie since 2014. 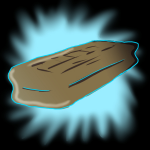