The Netherlands, officially the Republic of the Netherlands, is a country in western Europe, bordered by Germany to the east and France to the south. 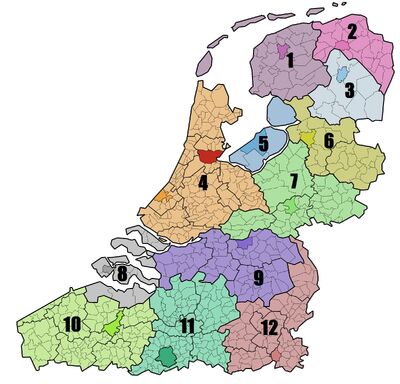 The Republic of the Netherlands is partitioned into twelve historic provinces, which are:

During the reclamation of Flevoland from the IJsselmeer between 1940 and 1986, there were also plans in 1976 to drain the newly formed Markermeer and create the province of Markerwaard. The overambitious fascists initially approved, but as the government became preoccupied with the political and civil problems of the 1980s, the project was canceled. Successive government formations, including the current, did not have official stances on the matter, although most people dislike the idea of the IJsselmeer disappearing and the population increasing even more. 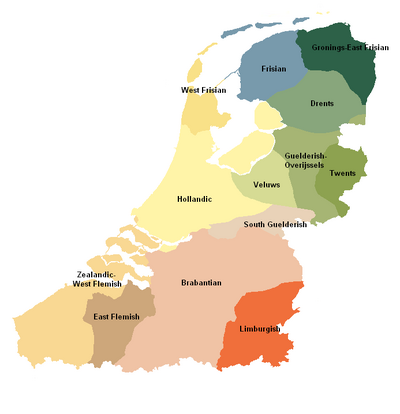 Almost all inhabitants speak Dutch (Nederlands), a Germanic language spoken in the low countries since the seventh century. It is also the official language of the republic, together with Frisian (Frysk), another Germanic language spoken in the north of the Netherlands, Germany and southern Denmark since the early eight century. However, the latter language is only co-official in the province of Friesland and on a steady rise due to compulsory language lessons on all schools in the province.

The Netherlands also houses a variety of Low Franconian and Low Saxon dialects. The linguistics department of the government recognizes the following dialects and languages:

Besides these native languages, the Dutch are also renowned for their knowledge of the most prominent foreign languages. According to surveys from the Ministry of Education, Culture and Science (MOCW) 89% of the population is able to properly converse in English, 70% in German, 40% in French and 15% in Spanish.

Main article: Military of the Netherlands

Retrieved from "https://althistory.fandom.com/wiki/Netherlands_(Central_World)?oldid=1748928"
Community content is available under CC-BY-SA unless otherwise noted.