The history of New Orleans can be traced back to the Great Settlement, a period where many other important regional cities such as Mobile, Tampa and Galveston were founded. Much of New Orleans' early history was lost during the Chaos, but some relics still remain. Treated with great reverence to the now-culturally aware Nouveau Orleanians, these artifacts have led to a sort of archaeological competition with other regional powers to see which nation has more legitimacy.

As a result of these searches, the most commonly accepted age of New Orleans is 1801, due to records in Spanish (translated by a Galvestonian archaeological team) showing the transfer of New Orleans to a Cajun government. Some audacious archaeologists speculate that New Orleans dates from the eighteenth century.

One extremely debated early historical event, shrouded in the clouds of mythology is the War of New Orleans, where two large armies of since-forgotten nations (traditionally, one army was composed of Nouveau Orleanians, and the other was composed of imperialistic "Ánglais guerriers," which contemporaries have since attributed to be the precursor of the Papal States, who speak "ánglaise") met at the battlefield just outside of New Orleans.

The War of New Orleans is commonly speculated to have taken place within twenty years of the founding of the city but no more than thirty years before the start of the Chaos. Approximately thirty-thousand men fought on either side of the War, which ended with a stunning victory for the greatly outnumbered Cajun Nouveau Orleanians and allowed for the preservation of Cajun culture.

As the Chaos began, the city of New Orleans was estimated to have somewhere around 200,000 citizens. The largest city in the Caribbean according to many historians, New Orleans was the first city to be hit by a major disaster during the Chaos. A massive failure of a levee on the Great River led to the flooding in the early years of the Chaos.

Luckily, however, the city managed to avoid being directly hit by the devastating Great Hurricane, but succumbed to an equally paralyzing disease infection as a result of the levee failure.

Raiders from the north then began to pour into the wealthy city of New Orleans, where the wealthy mansions were often unprepared for full-scale invasions. The local militia, under the command of Commander P.G.T. Beauregard, managed to defend the city from a large attack which originated in Baton Rouge.

Mayor Abdiel Crossman, a non-Cajun Nouveau Orleanian greatly irritated the Acadian and Cajun populations as he sought to bring the city under tighter control to prevent rebellion.

The bluntness of Beauregard's coup d'etat pleased many Nouveau Orleanians, who then went on to make Beauregard the first ever Doge-Chairman.

The strict rule of Beauregard, which favored the extremely wealthy financiers who enabled him to live as an accomplished leader, triggered large-scale trouble in the long-term, as the black populace, who were enslaved, decided to rebel against their downtrodden status.

This rebellion, which took place ca. 1880, was often viewed as a continuation of the Chaos. The rebellion also claimed the life of the P.G.T. Beauregard, the first Doge-Chairman, who failed to stop the large-scale Slavery Wars.

By the next decade, a solution was found and the warfare ceased. The solution, which continued until the 1940s, was that the black race could buy their freedom from the land for a large sum of money.

The Nouveau Orleanian rise to power was a consistent rise that took advantage of the greater damage of nearby regions. After the Slavery Wars began in New Orleans, they also spread to other nations around the Great Sea and Great River.

While New Orleans had a hard time resolving these issues, its ability to do so at least a decade before all of its neighbors allowed one decade of greater economic growth. The economic power exhibited by New Orleans, coupled with harsher slave revolts to the north, allowed for the first real territorial expansion of the Most Serene Republic in 1900.

It is around this time that the current official name, Sérénissime République de la Nouvelle-Orléans, is recorded regularly, and also the period in which the first government began to develop from an oligarchic dictatorship to the current Oligarchic Trade Republic under the Doge-Chairman and the Grands Congrès du Conseil.

The first ten years of expansion took place primarily along the Great River, where cotton production was the greatest. This region also had the most black slaves, so suffered the most in the costly Slavery Wars.

From 1910 to 1920, however, expansion solidified around the currently owned regions. The Doge-Chairman at the time, TBD, was especially dedicated to bringing in the greatest Nouveau Orleanian profits possible, and therefore began to look elsewhere to make profits.

The government of the Most Serene Republic of New Orleans is an Oligarchic Trade Republic, led by the Grands Congrès du Conseil, a bicameral legislature comprised of the Sénat and the Conseil des Dix.

The government meets from the months of April to September, with emergency sessions being able to be called by either the Doge-Chairman or the Executive.

Another interesting feature of Nouveau Orleanian government is that either house of the legislature can pass legislation which must be enforced. The legal system follows a complex system of canonical laws which cannot be replaced but by approval of the majority of both houses.

The Conseil des Dix, or the Council of Ten, is the de facto highest body of the Grands Congrès du Conseil. Made up of the patriarch of each of the ten richest, and therefore the ten most powerful, Nouveau Orleanian families.

The primary purpose of the Conseil des Dix is to protect and enlarge the powers of the mercantile elite of New Orleans. Considered to have a vital function in Nouveau Orleanian government, the Conseil des Dix tends to operate primarily from an economic and foreign affairs standpoint, allowing criminal and local laws to be determined in the Sénat.

The head of state of the Most Serene Republic of New Orleans (the Doge-Chairman) is the head of the Conseil des Dix. The election of the Doge-Chairman takes place at the death of the reigning Doge-Chairman and is elected among the nine remaining Patriarchs, with run-off elections being held if needed.

The ten patriarchs that comprise the Conseil des Dix in the current year are (in alphabetical order): 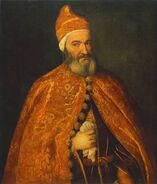 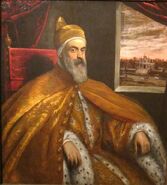 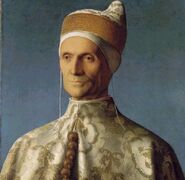 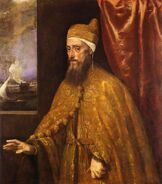 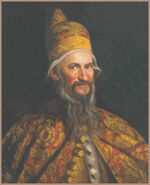 Charles Vernier
Add a photo to this gallery

Each Sénateur, as representatives are called, are elected every six years by canton. Each canton has two representatives in the Sénat - one for legislating purposes and one for judicial purposes - which are elected on a rotating cycle such that every three years one Sénateur must stand for reelection.

The Sénateur who are elected to legislate typically focus on internal affairs excluding economic policy; therefore criminal laws and other domestic affairs programs are set by the Sénat.

The Tribunaux, a term which refers collectively to the whole of the judicial Sénateurs, decides upon legal matters for the entire nation. One member of the Tribunaux, the Magistrat, assigns Sénateurs to different cases and is viewed as the highest authority on the Tribunaux. In major court cases, the entirety of the Tribunaux will make a ruling, but split opinions are extremely common in such a large cases that requires the whole of the court, and the Magistrat will always write the opinion of the majority.

The military of the Republic of New Orleans is a combination of both land forces and a massive naval force. Mostly used in modern day to protect trade, the military is preserved in a very strong condition to be a major deterrent to international threats.

The Nouvelle Orleanian economy was formerly based upon production...

In New Orleans, there are three primary cultural groups - the Acadians, who often comprise the nobility of New Orleanian society, the Cajuns, who are the middle class and generally decently well-off, and the Creoles, who are often in the lowest class.

The Cajuns are of mixed heritage - not all Cajuns' ancestors were Acadians - and were generally small farmers or shopkeepers. The Cajuns typically can secure the right to vote in the Sénat.

The lowest class, the Creoles, are of mixed New Orleanian blood and that of the black race. They worked as slaves to the Acadians for many generations, until they eventually bought themselves out of slavery.

TBD - something like Roman Catholicism but slightly different, in that Afro-religions and Caribbean religions have sort of been assimilated in the way that Catholicism normally tends to do. Furthermore, there is a pope-like figure who reigns from New Orleans over the religion.

Retrieved from "https://althistory.fandom.com/wiki/New_Orleans_(Days_After_Chaos)?oldid=1546195"
Community content is available under CC-BY-SA unless otherwise noted.