North America at the beginning of the 19th century. The Spanish, British, and French colonial empires retain a strong presence, although Canada-Louisianne is de facto independant of France. Japan retains direct control only of Areska.

The dark grey area in the northwest is disputed between Japan and Britain. At the end of the First Global War, Japan renounced claims east of the Great Divide. This land, however, was not formally incorporated by Britain. Japan thus claimed it as terra nullis and began renewing claims. 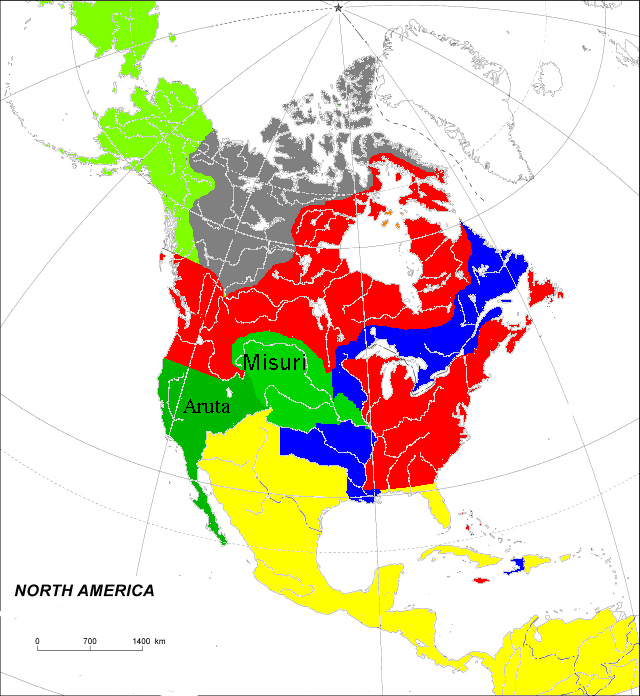