North America after the Second Global War. Japan has taken control of the disputed territory in the northwest, while Misuri has lost territory to both Louisianne and Britain. The nations of Oregon and the North American Confederation have been established. Spain has lost western Florida, British Honduras (Belize) and the Mosquito Coast.

Misuri has lost territory to both Britain and northern Louisianne. The border between northern Louisianne and Rupert's Land was also revised to the 48th parallel, giving the Red River Basin to the future Minnesota and shifting its northeastern border to the Sainte Croix river. 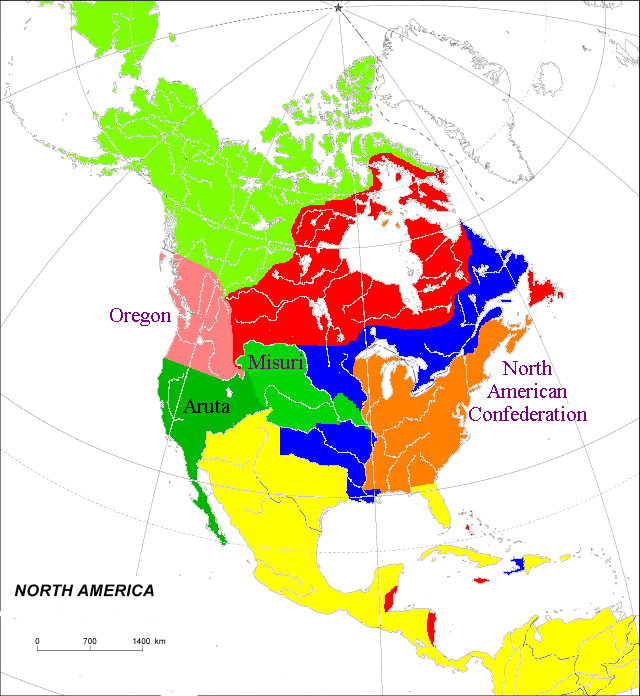