North America just before the Third Global War. During the period between the Second and Third Global Wars, Spain has lost her colonies. The Empire of Mexico was established, and subsequently lost Texas, who took more territory in the First and Second Texan Wars. Texas is at is territorial zenith. In the south, Mexico has lost the Yucatan Peninsula (a British Protectorate) and the Central American provinces. The North American Confederation has expanded southward, annexing the British colony of British Honduras and the protectorate of the Mosquito Kingdom. Newfoundland remains a crown colony on its way to kingdom status. Rupert's Land, meanwhile, has been conceded given to Oregon. Canada, Minnesota, and Arkansas have been separated from France.

Minnesota at this time is still a part of Canada, though one with considerable internal autonomy. 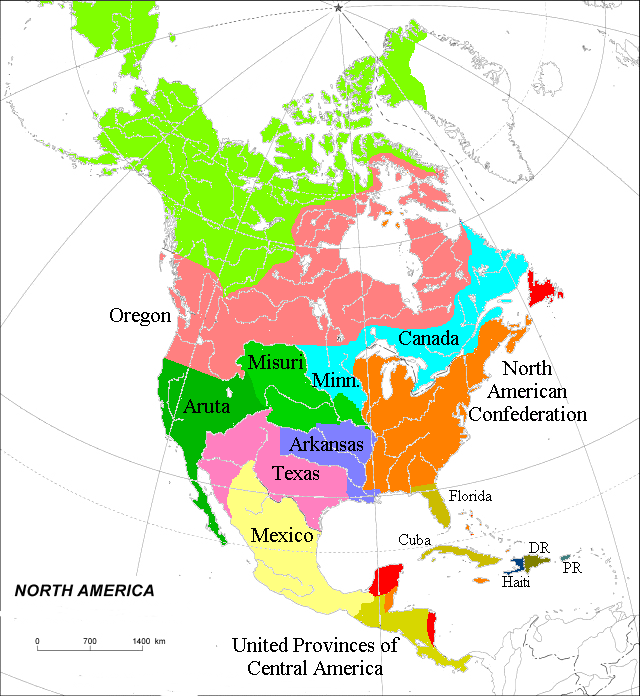