North America in 1891, after the Third Global War.

The nations of Cuba and the United Provinces of Central America have been conquered by Mexico, which has also taken most of Texas. Texas has also lost territory to Arkansas and Misuri.

Oregon has lost territory to Aruta and Canada, while Newfoundland has become a French colony.

Most of the borders were returned to their pre-War state after the formation of the League of North American States, with the notable exception of Mexico's borders (although Mexico did eventually return Jamaica and the Bahamas to the North American Confederation) 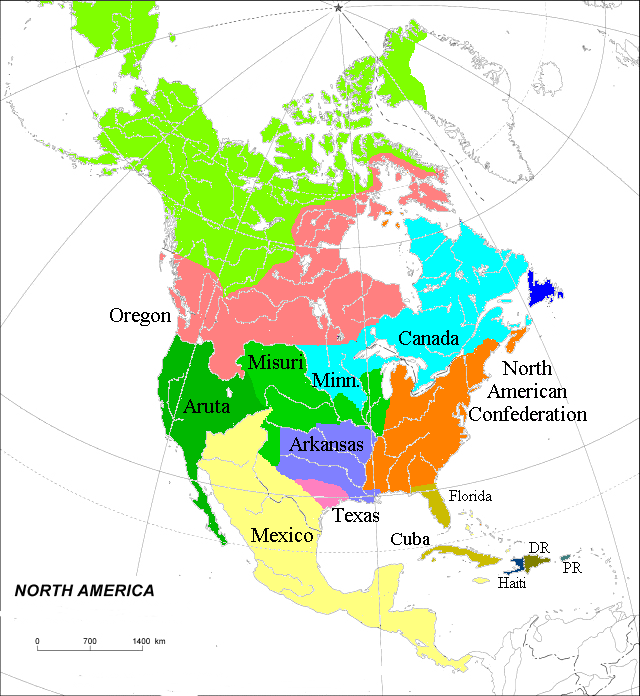